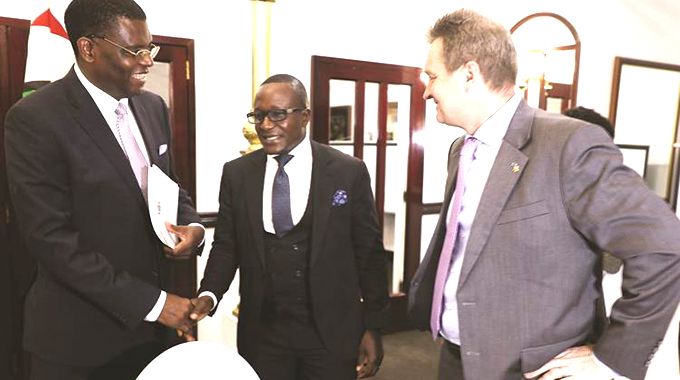 The ZEPA project was officially launched by Foreign Affairs and International Trade Deputy Minister David Musabayana who was standing in for Minister Sibusiso Moyo.

Zimbabwe signed the ZEPA Financing Agreement with the EU in 2017. This followed the country’s signing of the interim Economic Partnership Agreement (iEPA) with the EU in August 2009, together with Madagascar, Mauritius, and Seychelles with Comoros joining in 2017.

The objective of the project is to enhance Zimbabwe’s integration into the regional and international trading system through reforming and streamlining policy, regulatory and institutional frameworks in order to incentivise production and trade.

In remarks read on his behalf, Minister Moyo said the project had come at an ideal time for Zimbabwe.

“The ZEPA project comes at a time when Zimbabwe is already implementing a new economic order that is expected to restore confidence in the economy,” he said.

“A raft of measures, aimed at creating a conducive environment for the creation, transformation and growth of sustainable enterprises have been introduced, including Ease of Doing Business reforms.

“Micro, small and medium enterprises (MSMEs) play an important role in Zimbabwe’s economy. They are the backbone of our economy, employing about 90 percent of the workforce and contributing more than 60 percent to the Gross Domestic Product (GDP). They are a driving force of innovation, knowledge diffusion and social inclusion.

“I am glad to realise that one of the specific objectives of the ZEPA project is to improve the competitiveness of the micro, small and medium enterprises. I am informed that through this project, the EU has approved a total of 5 million grants that are aimed at strengthening the competitiveness of the SMEs and their capacity to produce and export for example, in the areas of horticulture. The grants will also support the Business Support Organisations (BSOs) to improve their service delivery to their members.”

He added that the project was helping Government strengthen trade-related regulatory framework, improve the ease of doing business, as well as revise the MSME policy so as to incentivise them to produce, diversify and export,” he said.

Minister Moyo said the project was in sync with the country’s national vision espoused in the 2020 National Budget passed under the theme, “Gearing for Higher Productivity, Growth and Job Creation”.

In his remarks Head of the EU Delegation to Zimbabwe, Ambassador Timo Olkkonen said the objective was to enhance trade.

“The overall objective of the ZEPA is to enhance Zimbabwe’s integration into the regional and international trading system and in particular to increase the volume of exports between the EU and Zimbabwe.

“A notable increase in the volume of horticulture exports from Zimbabwe to the EU has been recorded, but there is still a huge potential for further increase, as trade with the EU forms about five per cent of Zimbabwe’s total trade,” Ambassador Olkkonen said.

He added that the EU was supportive of Zimbabwe’s economic reform process.

“The EU fully supports Zimbabwe’s business reform processes under the ease of doing business initiative. The ZEPA project has resources in the form of technical expertise that is ready to be deployed to expedite business climate reforms, in particular, to do away with the plethora of regulations, procedures and permits and licence requirements which are raising the cost of exporting, rendering the country’s exports uncompetitive,” he said.