Source: Zim needs to rid itself of old-fashioned leaders – NewsDay Zimbabwe DEAR President Emmerson Mnangagwa. Your Excellency, we have heard you speak glowingly about yourself as a “servant leader”, “not leaving anyone behind”, and being a “listening President”. Yet, it is always clear that you know not what you say. Let us be very […]

The post Zim needs to rid itself of old-fashioned leaders appeared first on Zimbabwe Situation. 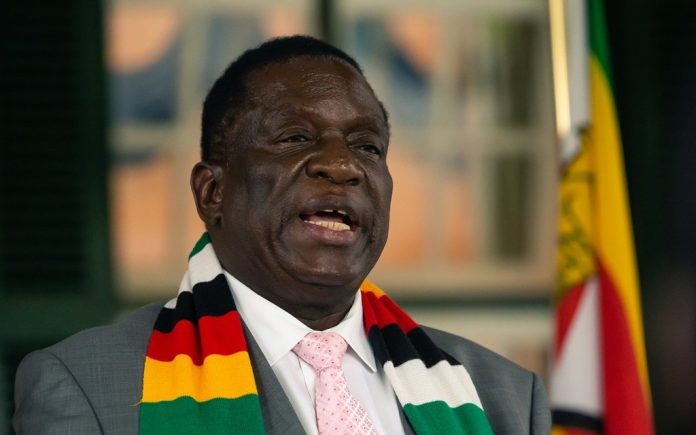 Your Excellency, we have heard you speak glowingly about yourself as a “servant leader”, “not leaving anyone behind”, and being a “listening President”.

Yet, it is always clear that you know not what you say.

Let us be very clear, “servant leadership” does not mean stopping your high-end, overly-expensive fuel-guzzling motor vehicle — surrounded by a multitude of heavily-armed and intimidating security personnel — to greet a hungry and impoverished little boy, dressed in tattered clothes, and leave him poorer.

Why would a “servant leader” be living a life of opulence, while his “masters” live in abject poverty?

Do you even understand what that term means?

Your Excellency, being a “listening President” does not mean, by any stretch of human imagination, issuing dubious mining permits to your friends of questionable business ethics and morals — who threaten to displace the country’s citizens from their ancestral homes, while desecrating their forebears’ graves, and heritage sites — and, then, when these villagers raise alarm, you pay a deaf ear.

Why, in the first place, did you allow those inhumane and cruel friends to mine in areas inhabited by other people — knowing full well that their activities would infringe on citizens’ dignity?

Had the villagers not threatened not to vote for the your party — the area having been known as one of its strongholds — what would have become of them, and their land?

I am referring to the Uzumba standoff in Mashonaland East province where your administration has just backed off and cancelled the Chinese miner’s licence.

Your Excellency, there is no need to imagine the potential destructive outcome — the people of Marange and Chiadzwa can easily provide ample testimonies as to how their relatively normal livelihoods were callously ruined overnight, after the discovery of vast diamond deposits on their ancestral lands.

What is “servant leadership?” What does it entail to be a “listening President?”

Your Excellency, does Zimbabwe’s ruling elite even understand such basic concepts?

I am reminded of a family that I used to know in my childhood — whereby the children would always be sent to buy a very small piece of meat from a nearby butchery, which was meant to be eaten by the father, while the rest of the family had to settle for the soup derived from the stewed meat, with some vegetables.

I am sure that both the father, and his family, were more than convinced that he was a loving man, who took great care of his family — and, sincerely believed that, as the “head of the household”, there was nothing amiss with this set-up, in fact, regarding him as worthy.

As long as he did his family huge “favours” — by providing them something to eat, putting a roof over their heads, sending his children to school, and buying a few clothes here and there — then, he was a “listening and servant father”, who “left no one behind”.

In other words, he was the head, and his family was the trailer.

Your Excellency, that is precisely what we are witnessing in Zimbabwe — where we have the grave misfortune of leaders that see themselves as above everyone else, and are the only ones deserving of the best of the land, while the rest of the citizenry wallows in extreme poverty and hunger.

Our elderly parents are given a meagre US$45 per month as pension, civil servants are earning a monthly salary of less than US$200, our children are learning practically nothing due to inadequate educational material and lack of a conducive environment, people are dying in their homes as a result of unaffordable health care services, and over half of Zimbabweans are categorised as “food insecure” or living in “extreme poverty”.

Your Excellency, you are a leader who has no qualms, whatsoever, in chartering a private fuel-guzzling jet for US$1 million for a trip to the United Kingdom — ironically, for a climate change summit.

We have a ruling establishment that does not see anything wrong with owning vast tracts of arable land (while, freely accessing inputs of every manner), with the majority of the population being condemned to “Pfumvudza” — talk about removing one group of colonialists, and replacing it with another of a different colour.

Does it make sense when you pass us by in the most expensive vehicles — even forcing us off the road to make way for you — yet the majority of us cannot even afford a bicycle?

Your Excellency, let us be clear — a listening leader, who cannot hear, is a “deaf leader” — and, that is exactly what we have in Zimbabwe.

A true “servant leader” suffers with his/her people. A true “listening President” places the interests of the people ahead of his own.

A father, who truly understands what it means to be the “head of the household”, ensures that his family is fed the best the home has to offer, and he eats last.

A true “head of the household” gives up his own life for his family.

The post Zim needs to rid itself of old-fashioned leaders appeared first on Zimbabwe Situation.