Source: Zimbabwe COVID-19 Lockdown Monitoring Report18 June 2020 – Day 81 – The Zimbabwean 1.0       Introduction Thursday 18 June 2020 marked day 81 of the national lockdown declared by President Emmerson Mnangagwa and has been in place since 30 March 2020.  The Ministry of Health and Child Care  reported an increase in the number […] 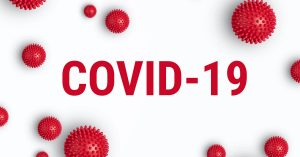 Thursday 18 June 2020 marked day 81 of the national lockdown declared by President Emmerson Mnangagwa and has been in place since 30 March 2020.  The Ministry of Health and Child Care  reported an increase in the number of confirmed cases to four hundred and sixty-three (463). The number of cumulative tests done stood at sixty-one thousand four hundred and thirteen (61 413). Of these, sixty thousand nine hundred and fifty (60 950) were negative. The number of recoveries remained at sixty-three (63) and the death toll remains at four (4).
2.0       Methodology
Information contained in this report is derived from the following Forum Members:

3.0       Emerging issues
3.1       Lockdown Enforcement
Chief Chipuriro in Guruve advised participants at a meeting facilitated by the Institute for Young Women’s Development (IYWD) that soldiers enforcing COVID-19 regulations in his area are brutalising villagers. According to the Chief, soldiers are attacking people alleging that they are violating COVID-19 lockdown regulations. The Chief lamented the assault of his nephew who sustained injuries to his left ear for loitering during the national lockdown. The Chief’s secretary also told participants that soldiers are demanding free sex from sex workers and fleecing drug peddlers in the name of enforcing the national lockdown.

3.2 General Updates
In the midst of the COVID-19 pandemic, there were running battles between police officers and suspected MDC Alliance and MDC-T youths along Nelson Mandela Avenue near Harvest House in Harare. It is alleged that youths affiliated to the MDC Alliance stormed Harvest House claiming that they were visiting the office as bonafide members of the party. A fight ensued between these MDC Alliance youth and MDC-T youths. Anti-riot police were called in to restore order, resulting in running battles between the factions and police.

The Chairman of the Inter-Ministerial Taskforce on COVID-19, Vice President Kembo Mohadi has advised that there are over 2 200 citizens who have registered to return to Zimbabwe with embassies in China, South Africa and the United States of America. Addressing the Midlands Province COVID-19 Provincial Taskforce, the Vice President advised that the government was working with stakeholders to allow the citizens to return to Zimbabwe. Of concern though is the fact that the majority of confirmed COVID-19 cases recorded in Zimbabwe relate to returnees.

The Amalgamated Rural Teachers of Zimbabwe (ARTUZ) has announced nationwide street protests on 22 June. According to ARTUZ, the protests will be on the depreciating value of salaries of teachers. Further, the teachers’ union is also calling for the payment of salaries in foreign currency. ARTUZ announced that physical distancing will be maintained during the protest. ARTUZ also instructed people to wear their face masks during the protests.

Health practitioners at United Bulawayo Hospitals engaged in a mass demonstration demanding better wages. The demonstration took place a day after health practitioners in Harare staged a similar demonstration at the Parirenyatwa Group of Hospitals. Though some of the health professionals wore face masks, there was no physical distancing observed during the demonstration. Health workers from Mpilo Central Hospital in Bulawayo were reported to have failed to join their colleagues in the industrial action after 197 of them have been placed in self-isolation after four people tested positive for Covid-19 at the hospital.  The four, who include a nurse, contracted Covid-19 recently.

3.3 Constitution of Zimbabwe Amendment (No. 2) Bill public hearings
The Constitution of Zimbabwe Amendment (No. 2) Bill public hearings continued on 18 June in Masvingo, Mbembesi, Rusape and Ngezi. Reports indicate that in all the public hearings, physical distance remained an issue. Community members were crowded at entrances leading to the various venues of the public hearings. Particularly in Masvingo, community members did not observe physical distancing. Most of the participants had face masks as a formality. Some of the police officers who were controlling the crowd also did not have face masks.

4.0       Summary of violations
The table below summarises human rights violations documented by the Forum Secretariat and Forum Members from 30 March to 18 June 2020.

5.0 Court Update
Seven (7) police officers stationed at Gweru Rural Police Base were recently arraigned before Midlands Provincial Magistrate Tayengwa Sangster for criminal abuse of duty as defined in section 174(I) (a) (b) and for extortion during the lockdown as defined in section 134 (I) (a) (b) of the Criminal Law Codification and Reform Act Chapter 9.23.  The seven (7), Magumise Mugwagwa, Goodhope Chitimbe, David Mandimutsira, Bruce Chikwanda, Freddy Mahupete, Tonderai Gomana and Joyful Magumise were granted $3000 each.  They are accused of going around town demanding bribes from outlets selling alcohol during the lockdown period.

6.0. Conclusion
The Forum is concerned with the increasing number of reports relating to protests by health care professionals and teachers. Protests in the wake of the COVID-19 national lockdown increase the defiance of physical distancing and wearing of face masks as prescribed in the regulations. The Forum calls upon the government to address the plight of civil servants, particularly health professionals to avoid disruptions in service delivery.