A school at Rutenga growth point is ruing its losses after a mob of Zanu PF supporters vandalised the main gate in a frenzied stampede for free food after President Emmerson Mnangagwa’s ‘Thank You Rally’ last Saturday. A restless crowd overwhelmed all …

A school at Rutenga growth point is ruing its losses after a mob of Zanu PF supporters vandalised the main gate in a frenzied stampede for free food after President Emmerson Mnangagwa’s ‘Thank You Rally’ last Saturday. A restless crowd overwhelmed all security arrangements at Sacred Heart High School, where the free meal was prepared, […]

THE Reserve Bank of Zimbabwe has described as malicious fake news the reports circulating on social media that a major fuel price hike is imminent. A message has been circulating on social media saying there will be major fuel price hikes to $5.50 and $5.15 for petrol and diesel respectively. “Fake news,” said the statement […]

Police officers deployed to block the MDC Ward 28 primary elections The Zimbabwe Republic Police (ZRP), Thursday denied Nelson Chamisa’s MDC Alliance permission to hold its Ward 28 primary election in Bulawayo, claiming the event had not been cleared.  The opposition party wanted to choose a candidate to represent the party in the Bulawayo Municipality Ward 28 by-election set for March 30. 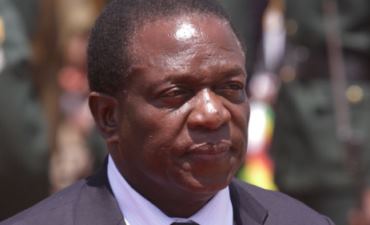 Amankwah was picked up on Tuesday just after checking into a Harare hotel just after his arrival at the Robert Mugabe International Airport.

Africa’s foremost trade union leader was set to meet with leaders of Zimbabwe Congress of Trade Unions (ZCTU), president Peter Mutasa and secretary-general Japhet Moyo who are out on bail after being arrested for calling for the January national stay-away against a 150 percent hike in fuel prices.

Mutasa and Moyo have both been granted $2 000 bail and are reporting three times a week to the Criminal Investigations Department (CID) Law and Order.

They are facing charges of attempting to subvert a constitutionally-elected government.

Adu-Amankwa, a veteran Ghanaian trade unionist, was freed late on Tuesday after being held incommunicado since his morning arrest, and denied access to a lawyer.

He was held by the Department of Immigration at the airport and was later released after international pressure was brought to bear on Mnangagwa.

South Africa’s main trade union federation, Cosatu — part of an official, three-way governing alliance that also includes the African National Congress (ANC) and the Communist Party — said the behaviour of the Zimbabwe government was the utmost violation of the freedom of association and infringes on the overall rights and trade union rights.

“Cosatu condemns in the strongest terms the detention of the ITUC-Africa general-secretary, Comrade …Adu-Amankwah. We are not so surprised by this action of the security forces in Zimbabwe; we know too well it is in the DNA of the Zimbabwean regime to behave in this manner,” Cosatu said in a damning statement yesterday.

“The problems of Zimbabwe will never be resolved with the approach of the current Zimbabwe regime.

“This will serve to only worsen the situation. This strengthens the case that Zimbabwe remains a country at risk and must be treated as such. This behaviour violates not only human and trade union rights but international labour standards and laws.”

Cosatu said Mnangagwa “must stop interfering with trade unions as well as the persecution of trade union leaders and labelling of ZCTU a dissident organisation, and anyone associating with it an enemy of the regime.”

“… Kwasi must be allowed to finish his mission and we are all keen to hear the mission’s findings although it is clearer now. Sadc cannot be silent when obvious disregard for freedoms and rights are so blatantly clear. We challenge Sadc to intervene meaningfully with sustainable solutions in that country.”

“Labour is an important stakeholder and organ of civil society which always seeks to be part of the solution in difficult conditions.

“The arrest of the ITUC-Africa general-secretary brings into question how genuine the Zimbabwean government is about resolving the current impasse through dialogue.

“UNI Africa is calling upon the Zimbabwean government to do the right thing and to allow Kwasi to continue with his mission free from intimidation,” the union said.

The United States of America embassy in Harare wrote on its Twitter account that the arrest of civil society leaders further damage Zimbabwe’s image.

“Harassment and targeted arrests of civil society leaders damage Zimbabwe’s reputation & economic future.  We call on the Zimbabwean government to uphold its Constitution, protect human rights, and foster an environment where all can contribute to the nation’s progress.”

The Federation of Somali Unions (FESTU) strongly condemned the arrest of the top trade unionist.

“FESTU deplores the forceful nature in which the government of Zimbabwe is responding to the legitimate work and demands of trade unions.

“We reiterate our unequivocal condemnation of the systemic abuse of power and repression against leaders and members of the trade union movement led by the Zimbabwe Congress of trade Unions (ZCTU),” FESTU secretary-general Omar Faruk Osman said, adding the Zimbabwe government was declaring war against trade unions in Africa.