Source: A bogus minister, rampaging virus, shocking opportunism – The Zimbabwe Independent THE sad loss of broadcaster Zororo Makamba to Covid-19 this week exposed, in a cruel manner, the Zanu PF government’s duplicity and hypocrisy. MUCKRAKER Twitter: @MuckrakerZim A heart-rending account by Zororo’s brother Tawanda of the treatment they received at the hands of hospital […] 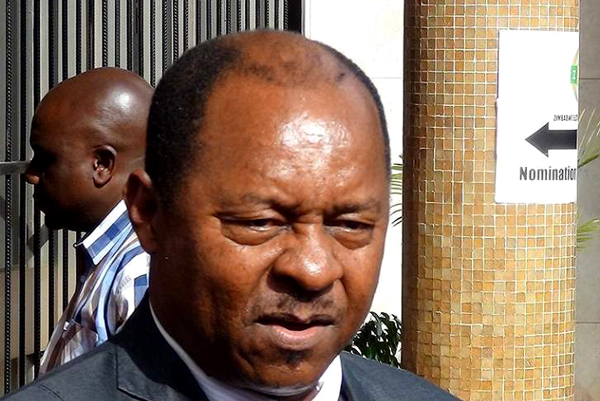 THE sad loss of broadcaster Zororo Makamba to Covid-19 this week exposed, in a cruel manner, the Zanu PF government’s duplicity and hypocrisy.

A heart-rending account by Zororo’s brother Tawanda of the treatment they received at the hands of hospital officials at Wilkins Infectious Diseases Hospital exposed the government’s shambolic state of preparedness in addressing the coronavirus pandemic.

From the delayed release of test results, the lack of not only a ventilator but a power socket to plug in the life-saving equipment to the callous treatment from nurses at the health centre as well as fibs by government officials, it is a damning indictment on the lack of seriousness in ensuring the treatment of affected patients.

What makes it worse are the empty promises the Makamba family say they received from Health minister Obadiah Moyo that he would facilitate a ventilator and equipment which never materialised.

But Muckraker is not surprised. Given Moyo’s dubious medical qualifications, which have been strongly disputed, deceit is second nature to the balding minister known better for his qualities as a disc jockey than a doctor, let alone a minister superintending over the health ministry.

Tawanda also revealed they had reached out to President Emmerson Mnangagwa and First Lady Auxillia who promised the family that Zororo could be transferred to Beatrice Hospital and that there was room for him, but nothing of the sort occurred.

The whole nation knows all too well the disappointment of being let down by the septuagenarian leader and can relate to the Makamba family on this. Who can forget his promises of creating “jobs, jobs, jobs”?

More than 210 000 workers were rendered jobless last year due to his bankrupt policies. He promised to open up democratic space, but what did he deliver? He unleashed gun-wielding soldiers on protestors, resulting in the death of more than two dozen citizens.

As if to cement his “democratic” credentials, he imposed a ban on demonstrations, contrary to the constitution which allows peaceful protest. Mnangagwa specialises in selling bottled smoke.

Even though the nation should be grateful to veterans of the 1970s liberation war, it does not mean we should be held to ransom in perpetuity. These are people who always want to glorify the supreme sacrifices they made in liberating the country from minority settler rule.

On the one hand, they tell us that their participation in the war was voluntary, but on the other hand, they want to be literally worshipped and pampered for that voluntary role. They have transformed from heroes who fought for the country’s freedom to latter-day mercenaries.

Their avaricious tendencies were freely exhibited in the National Assembly last week when Parliamentary Portfolio Committee of Defence and Home Affairs chairperson Levi Mayihlome presented a report on the Veterans of the Liberations Struggle Bill which is currently at second reading stage.

Among other ludicrous demands, the former freedom fighters want immediate promotion to lofty posts in government where they are employed to boost their retirement and pension benefits, a 20% quota share in parliament, state institutions and in the recruitment of their children in the army, police and other public institutions, as well as diplomatic passports, comprehensive medical cover “by a reputable medical aid company”, exemption in paying land tax, vehicle import duty and tollgate fees, among other benefits.

They also want their children and dependents to be granted special scholarships and are demanding that government fund traditional cleansing ceremonies to appease spirits of their fallen colleagues “whose bodies are scattered all over”.

These demands are coming from the same people who demanded and got hefty gratuities in 1997 after some of them feigned serious degrees of war-induced disability.

Muckraker would like to remind these chancers that being a war veteran is not a licence to force their snouts into the gravy train at the expense of the majority of Zimbabweans who all have family members who played a part in the liberation struggle.

If they had their way, surely this lot would be demanding that only they and their families enjoy the right to live in Zimbabwe.

Anyway, what can we expect from a group of opportunists who are led by comedians?

Muckraker was quite amused Sakunda Holdings’ benevolence this week after the company pledged to refurbish two otherwise state-of-the-art hospitals, Rock FoundationMedical Centre and St Anne’s, which are currently not operational.

The move, ostensibly to augment government’s efforts to contain the rampaging coronavirus, immediately torched a storm after the social networks went abuzz with information that the facilities were being prepared for exclusive use by the political top dogs in the event they happen to contract this indiscriminate killer bug while the rest can perish at the ill-equipped Wilkins Hospital and elsewhere.

The company was, however, quick to refute the claims, saying the facilities, both located in the wealthy neighbourhoods of Mt Pleasant and Avondale, will benefit everyone.

In normal circumstances, it would be believable, but this being Sakunda, Zimbabweans have a right to have a healthy dose of skepticism about this new philanthropist in town.

Here is one company that has often been termed Zimbabwe’s Tea Bagger. Tea Baggers are the opposite of Robin Hood in that they take from the poor and give to the rich.

More disturbingly, they appear to be proud of it. Robin Hood is a legendary heroic outlaw originally depicted in English folklore and subsequently featured in literature and film. He is said to have robbed the rich and given to the poor.

Is this not the same Sakunda accused of abusing US$3 billion of taxpayers’ money under the command agriculture facility?

Have we not told recently that, true to their Tea Bagger mentality, they bought fast cars for Zanu PF heavyweights as well as government honchos?

Zimbabweans have every reason to take their philanthropic gesture with a pinch of salt. It is akin to the devil carrying the Bible. In any case, with the virus laying siege, time will tell.