Source: ‘Bob owes us an apology’ – The Standard September 8, 2019 mathabelazitha/the anvil BY ZIFISO MASIYE With every five years I stalled, post-uni, he stole a big piece of my future. Nothing is quite as harrowing as to lose something you cherish. All of us have suffered that deep sinking feeling — to be […]

The post ‘Bob owes us an apology’ appeared first on Zimbabwe Situation. 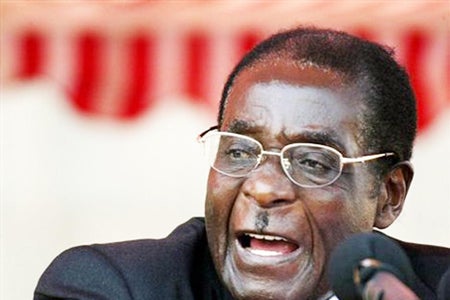 With every five years I stalled, post-uni, he stole a big piece of my future. Nothing is quite as harrowing as to lose something you cherish.

All of us have suffered that deep sinking feeling — to be robbed of your valued treasure. So often, it comes with all that consuming shame, vulnerability and indignity akin to being raped and stripped of a great piece of your very humanity.

Listening to the cursing and mourning pontifications of so many “masters of ceremony” that spring up naturally at such a “funeral wake” as Robert Mugabe’s, I felt the learning of a couple of invaluable life lessons:

I learnt that therein, the man missed the point and lost the plot, rather completely. What is famous is the cause of mankind, human dignity and social justice. While you, the person may change, these enduring values and principles don’t.

As such, it is folly that you [Mugabe] set out on that fame-making journey and claim the iconic mantle of fame, championing the cause of freedom, human dignity and social justice, only to turn, and hope to complete that journey, yet retain the mantle — in the opposite direction, as a perpetrator of the same injustice and angel of the same human indignity you first set out to fight.

Neither the ability to recite, with eloquence a couple of Bible verses, nor the accidental stumble on a fleeting act of kindness, should ever fool us to believe that perchance, the devil could be an angel!

What greater hypocrisy could outweigh the ludicrous suggestion that an unrepentant dictator, superintending the brutal murder of tens of thousands of those of the people he purports to have fought to free? Super-refining the very state apparatus that tortured and tormented him in the trenches, only to rebrand it, personalise it and set it against fellow black men, those of his comrades that ever dared challenge his view and his authority.

Decimating a thriving economy and rendering ‘exiled migrants’, of millions he fought to free — deliberately poisoning and polarising the society whose unity he claimed to cherish. Investing consistently in anger, deceit and foul means and toxic ethnic and racial division, in the dysfunctional politics of patronage, nepotism and exclusion and bragging to the grave, of a personal distinction for “degrees of violence”.

Such a leader, boasting potentially the worst human rights record in Africa, who persistently stole the voice of the citizens, the very citizens whom he fought to enfranchise and showed the middle finger to the very democracy he claimed to have authored.

A so-called pan-Africanist par excellence, who found no wrong in siphoning his country’s resources and investing them in foreign lands, a patriot credited with distinguished social policies who never lay for a day, on a single local hospital-bed and departed the world in the ignominy of foreign health care in a foreign hospital.

It is criminal hypocrisy, at least to rational people, to pretend that our national magnanimity can, somehow see beyond these monumental leadership deficits and absolutely abominable, but defining governance taboos that are the enduring core of Mugabe, in some haste to salvage what little vestiges can be squeezed from the earlier laps of his sorry journey. It is a travesty. But in this arena, travesties have become evening candy!

My lounge is a theatre of democracy where just about every political party is represented. My granddaughter, a great fan of ED of Kutonga Kwaro fame just came with raving reviews from the national Heroes Acre the other week.

Having watched through every episode of the spellbinding November 17, three-day movie, and having as clear an understanding of what transpired and what Mugabe means as an eight-year-old could, she was rather taken aback yesterday when she tried to piece together November 17 and the hero status. Didn’t I sweat attempting to disentangle the bemusing spaghetti politics of Zanu PF to a child!

My barber explains that Mugabe died in two instalments that had the effect of robbing irate citizens their big bang moment of frenzied collective built-up anger and vengeance that they had reserved for years for the date he would drop dead in office.

Where, individually and collectively, they had all planned a simultaneous celebration of his political demise and death, the choreographed separation of his shame by some two years has presented them a damp squib and robbed citizens of the spontaneity of their 30-year anger and vengeance — “What a boring death, this wasn’t the plan bro!”

He further reckons, “Now Mugabe has died with our apology in his throat! Yet in truth, no apology could have won him any favour with the Matabele, the same way no amount of transgression and misgovernance could ever deny him iconic status among his Zezuru and Shona ilk. In the absence of real heroes, the torch carried by a villain still shines as bright.”

I learnt that Mugabe is to his people what Jesus Christ is to Christians — the face, epitome and ultimate symbol of who they are and what they represent. Asking to bury his name and image with indignity like scum of the earth, however justified, would re-install while supremacist arrogance and justify the moribund hypocrisy of the West he had long called out.

I could feel a floating invitation to temporary blindness to genocide and the axis of evil peddled by trusted friends and some of the fiercest critics of Mugabeism.

These lessons indeed I learnt, wafa-wanaka (no blemish in death), but to be real value, the African lessons at the graveside must be more about the future, not the dead. Our greatest lesson from past blunders must be how never to repeat them.

The rear-view mirror of our collective horror about Mugabe is only useful to the extent it helps us drive better going forward.

Only one person stands to gain from the imminent outpouring of disgust and pity that will surely accompany Mugabe’s funeral, ED.

We are likely to see a new season of angry testimonies, fresh government excuses, and systematic Bob-bashing that shifts focus from glaring governance deficits of our time. The mess of the past must not be our new agenda.

Mugabe’s death should present Zimbabweans with their “never again”. Never again . . . should we see the reign of violence and flagrant violation of human rights in our country. Never again should we watch a leader loot our national resources for his personal enrichment.

Sincere condolences Grace and the kids.

The post ‘Bob owes us an apology’ appeared first on Zimbabwe Situation.