Source: Byo under siege – NewsDay Zimbabwe …as COVID-19 cases rise to 10 STATE security agents yesterday laid siege on Bulawayo central business district (CBD), turning away thousands of commuters and motorists with “no clear-cut business in town” as authorities battled to contain the spread of coronavirus, which by Wednesday had turned the city into […]

The post Byo under siege appeared first on Zimbabwe Situation. 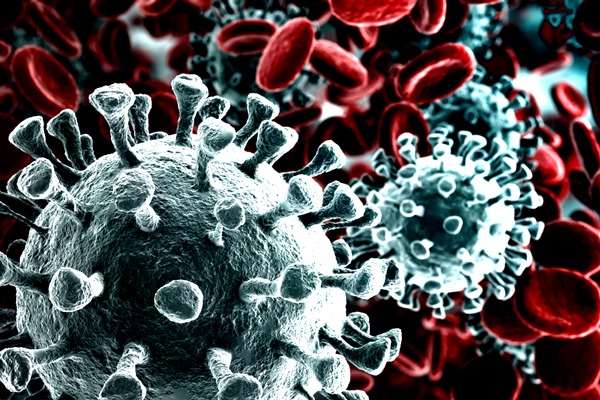 STATE security agents yesterday laid siege on Bulawayo central business district (CBD), turning away thousands of commuters and motorists with “no clear-cut business in town” as authorities battled to contain the spread of coronavirus, which by Wednesday had turned the city into a hotspot with 10 cases and one death.

Soldiers and police officers deployed to enforce the lockdown order reportedly impounded 300 vehicles and beat up people, including security guards manning their workstations, forcing them to go back home.

On Wednesday, Bulawayo recorded five new cases — all due to local transmission — bringing the tally in the second largest city to 10 out of the country’s 23 reported cases that include three deaths.

The Health ministry immediately declared the city as the new COVID-19 hotspot in Zimbabwe.

The provincial breakdown so far has Bulawayo leading with 10 cases, followed by Harare with eight, Mashonaland East with four and Matabeleland North with one.

A security guard told NewsDay that they were beaten up while driving to Matshobane to attend to an alarm alert.
“They stopped us and ordered us out of the car, forced us to lie on our stomachs and immediately began beating us with sticks,” the guard said.

“They beat us all over the body and ordered us to go home. We drove to work and called an ambulance which ferried me to hospital for medical treatment.”

Another security guard protecting a residential flat in the CBD added: “They said we are under lockdown and no one was supposed to be outside and ordered me to go home. I told them I was at work and when I tried to show them my exemption letter, they tore it up and started beating me up.”

“The drivers told us that soldiers were beating up everyone who tried to get into town, so they were not going to take risks,” one resident said.

Another added: “A Zupco driver told us that he would not carry passengers because he witnessed people being beaten by the soldiers. He said they beat up everyone regardless of having exemption papers. In other instances, the soldiers are forcing people to chew the exemption letters.”

This was despite a High Court order issued on Tuesday ordering soldiers, the police and other law enforcement agents to stop brutalising citizens while enforcing the lockdown order.

“If there are any incidents, we encourage that they (victims) come forward and make a report to allow for investigations … The deployment of officers is headed by inspectors who are constantly in touch with relevant commanders to seek guidance and to resolve any challenges they might face on the ground. And so the cars which were turned back at roadblocks were of those people who had no exemptions, of people who had no business to be in town,” Nyathi said.

“And even in Zupco buses, people were being screened and those without exemptions were being turned back. For example, yesterday (Wednesday) we had a challenge in Bulawayo of having too many cars in the CBD, people moving around with no clear business. We received complaints to that effect.”

Information permanent secretary Ndavaningi Mangwana said he was in a meeting, while Defence minister Oppah Muchunguri and her deputy Victor Matemadanda were unreachable for comment.

Meanwhile, there was a COVID-19 scare at Hillside Police Station in Bulawayo after a 52-year-old confirmed case, an employee at Mater Dei Hospital, who attended to the late 79-year-old Ian Hyslop while admitted at the health institution, visited the police station in violation of a quarantine order.

The COVID-19 patient intended to resolve an issue with her tenant, leading to one police officer who attended to her falling ill exhibiting flu-like symptoms.

The 52-year-old, a nurse aide at the health institution recorded as case 16, who had tested positive, visited the police station after being advised by Bulawayo City Council health officials to self-isolate.

This was revealed in a leaked police memo written on Wednesday addressed to the Police District Intelligence Officer suburban.

According to the letter, the patient (named and address supplied) was tested after getting into contact with Hyslop several times at Mater Dei Hospital before he died on April 4 and was posthumously declared COVID-19 positive.

“The patient was told to self-isolate at home on 08/04/20, but visited ZRP Hillside Police Station on the same day with the intention to resolve an issue with her tenant at the Community Relations Officer (CRLO)’s office,” the memo read.

But one of the officers (name given) reported to ZRP Bulawayo Camp Hospital complaining of flu and was given three days off and is supposed to report for duty today.

Meanwhile, the rise in infections has left residents on the edge.

Posting on his Facebook wall Bulawayo mayor Solomon Mguni said: “We now top the list. Bulawayo now the epicentre of COVID-19. We are in trouble. We call upon those who have been crowd-funding for Bulawayo in and out of Zimbabwe to remit the proceeds so that we up our tracing and testing of our people. Government and the city can no longer go it alone.”

Bulawayo Progressive Residents Association chairperson Ambrose Sibindi said the figures recorded in Bulawayo were a wake-up call for residents to adhere to the lockdown directive.

“This figure is alarming and it calls for compliance in staying at home and avoiding roaming the streets. As leaders, we have to intensify information dissemination to residents of Bulawayo through electronic means such as social media so that residents understand the importance of not exposing themselves,” Sibindi said.

Bulawayo Vendors and Traders Association director Michael Ndiweni said it was very worrying that the cases were increasing rapidly in Bulawayo.

“This means that people are not observing social distance and, thus, sadly, the increase. We had, however, predicted this because of the queues that we have been seeing in shops,” he said.

The post Byo under siege appeared first on Zimbabwe Situation.