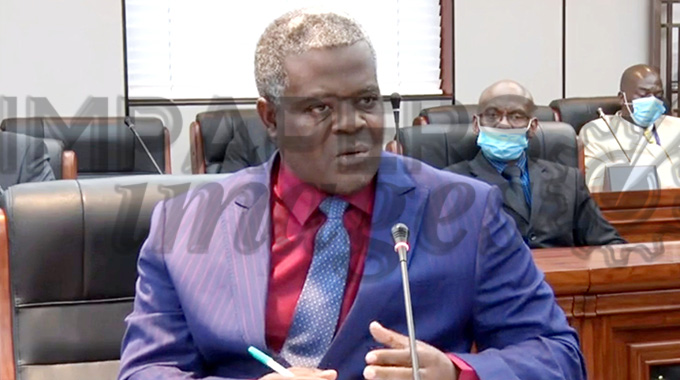 Business Reporter
CABINET on Tuesday approved the revised implementation plan for the 100 megawatt (MW) Gwanda solar project that commits to deliver the first 10MW within six months after signing of financial closure agreements and fulfilment of all outstanding conditions precedent.

Energy and Power Development Minister Advocate Fortune Chasi quickly pointed out that he will demand to see “the colour of the money”, being proof of project funding, before any of the parties in the multi-million dollar project puts pen to paper on the restated contract being drawn.

Minister Chasi confirmed in an interview, Cabinet’s approval of the new implementation plan that is tied to a new contract, involvement of renowned power project experts and a US$14 million “ready-made” loan funding commitment for delivery of the first 10MW under the new phased project plan.

The Energy Minister, while positive that the new pragmatic implementation plan he wants implemented without further delays will bear the desired results, stressed the requirement for the financier to prove funding capacity first.

The Gwanda solar project has courted controversy after the contractor, Intratrek Zimbabwe, failed to deliver within agreed time-lines citing failure by Zesa to fulfil certain of its obligations as well as funding hurdles arising from Zimbabwe’s historical debts to China, the source of funding.

“The parties are currently talking; they are negotiating to ensure compliance with an earlier High Court order on a standing contractual dispute. But yes, Cabinet gave approval for the project to go ahead after consideration of the circumstances and facts on the ground,” Minister Chasi said.

The project stalled following contractual dispute arising from delays in implementation of preliminary works of the project after the contracting part, State power utility Zesa Holdings had paid in advance for the initial works, but did not fulfil all its obligations for the project to move smoothly.

“The contract was signed in 2015, but to date little has happened on the ground because of litigation, which is still ongoing yet the country is in a precarious power situation.

“Also, the fact that disengaging the current contractor will take an inordinate time will not be consistent with our current (dire power) situation,” the Energy Minister said.

Minister Chasi is also on record saying he was in agreement with High Court judge Justice Tawanda Chitapi’s ruling that the parties should not waste precious time “merry dancing in boardrooms and courts” while the whole country faced a crippling power crisis.

Justice Chitapi, while ruling on a contractual dispute between Zesa and Intratrek over delays to the project, which Zesa lost, pointed out that electricity was not generated in courts and board rooms, but at power stations and urged the feuding parties to dialogue and stop being “dilatory” in their approach.

Zimbabwe is facing a crippling power crisis that sees the country endure up to 18 hours of outages and spends millions of US dollars to ameliorate the impact of shortages. The country requires up to 2 200MW during peak demand, especially winter, while it is able to generate below 800MW.

“We have taken a robust and pragmatic stance on the project, it needs to move in earnest upon financial closure to make sure that the first 10MW are delivered within six months of financial closure; that is in 2021 and the remainder by 2022. But I want to see the colour of money first; not mere promises,” Minister Chasi told The Herald Finance & Business.

Notably, the contractor has since reportedly completed more than 95 percent of the pre-commencement works for the Gwanda solar project, which sparked the contractual dispute between Zesa and Intratrek and saw the latter cancel the contract for the project. However, the High Court later ruled the contract was still valid and enforceable.

The contractor, Intratrek Zimbabwe, has committed to deliver 10MW within six months of signing of a power purchase agreement, security of payment has been established, project funding secured and all regulatory and Government undertakings being in place, envisaged by September 2020.

The conditions precedent, African Transmission Corporation said should be signed as a single suite of documents and conditions that must be in place and be met by September 2020 to allow construction to commence and be completed within the targeted six months.

The new transaction advisor, ATC has been roped into the project and has mobilised US$14 million for the first 10MW phase of the 100MW Gwanda solar project.

ATC has a solid track record after it successfully commissioned a 5MW centragrid photovoltaic solar plant in Nyabira, which is already feeding the Zesa power grid.

Further, ATC mobilised US$6 million for its Nyabira solar plant, which holds a licence for 25MW and has firm funding commitments for this power initiative to complete the licensed capacity soon, once all outstanding arrangements are secured.

Inclusion of ATC’s follows its successful record on similar work for Zesa regarding the power utility’s US$550 million 300MW Kariba South extension and the ongoing US$1,4 billion Hwange Power Station 7 and 8 expansion programme.

Mr Victor Utedzi, founder of ATC, the new project consultant for Gwanda, also carried out work in Mozambique, managing the restructuring of the US$3 billion debt owed by power utility HCB to the Government of Mozambique.

Additionally, he was at the centre of negotiations in discussions for the 1 500MW cross-border power agreement between Mozambique and South Africa, being only a fraction of several other multi-billion power deals he brokered in Southern African where ATC has unmistakable footprint.

“The bridge funding for the 10MW is in place and would be available for draw down in a short period of time. The construction period is only six months; a very short period compared to other sources of power,” said Mr Utedzi.

The engineering, design and technical execution of the project will be steered by CHiNT Electric Co. Limited, a US$12 billion revenue Shanghai Stock Exchange-listed blue-chip company founded by Chinese billionaire, Nan Cunhui, a member of the central committee of the Chinese Communist Party.

The contract for the Gwanda project was signed in 2012 after an award of the tender by then State Procurement Board, renamed Procurement Regulatory Authority of Zimbabwe (PRAZ). The tender was awarded to the lowest bidder to specification with a total of six firms submitting bids.

Along with winning bid for Intratrek, awarded by PRAZ on the basis of compliance with all specifications, were two other tenders for 100MW projects won by ZTE Corporation and Number 17 Metallurgical China for solar power plants in Bulawayo and Munyati, respectively, but have since been cancelled over lack of progress.