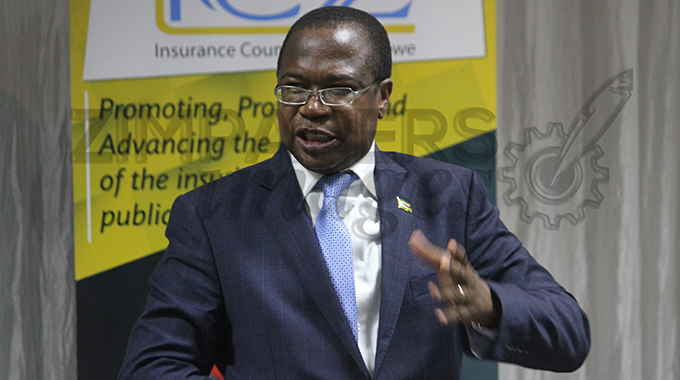 Golden Sibanda Senior Business Reporter
ONE of Government’s main priorities this year is exchange rate stability that Treasury says will be  achieved through the Reuters Trading System and keeping an eye on money supply growth, a Cabinet minister has said.

This comes after President Mnangagwa, whose administration reintroduced local currency after a 10-year hiatus amid crippling US dollar shortages, said one of the main priorities this year is currency stability.

Zimbabwe had used a multi-currency basket since February 2009 after scrapping the local unit after its value had been ravaged by hyperinflation.

However, the Zimbabwe dollar has lost significant value against the greenback.

Exchange rate fluctuation, since Zimbabwe floated the domestic currency on the interbank market and later adopted a mono currency has been the major driver of inflation, which has eroded the value of savings and earnings.

Zimbabwe’s annual inflation has sky-rocketed from 5,39 percent in September 2018 to 175,6 percent by June 2019; the last official count before currencies changes last year prompted its suspension until end of this month.

Finance Minister Mthuli Ncube says Government will this year focus on maintaining the value of the local currency which floated in February last year.

He said this will be achieved by restricting money supply growth — the increase in the total amount of money in circulation — which has the effect of exerting pressure on exchange rate by driving demand for US dollars.

Minister Ncube said through primary surpluses and spending from revenue collections, Government was not contributing to money supply despite recently awarding civil servants a 140 percent pay rise, amid demand for further increases.

The finance minister said Government will issue out less Treasury Bills for purposes of financing Government expenditure, which in the past has been blamed for creating excessive unproductive money that fuelled inflation.

“What used to happen in the past is we used to issue lots of Treasury Bills to finance Government expenditure.  Those Treasury Bills would eventually have to be monetised, which means there had to be growth in money supply.

“So if you run primary (budget) surpluses, which is what I have been running in the fiscus and you issue less Treasury Bills, surely there will be less creation of money; Government will contribute less to money supply,” he said.

Minister Ncube said the central bank would deal decisively with the problem of currency speculators. The Reserve Bank of Zimbabwe last year as well as this year froze bank accounts of some of the identified speculators. The speculators would release millions of Zimbabwe dollars into the market to buy US dollars, putting pressure on the exchange rate resulting in wild upward exchange rate swings that drove increases in prices of goods.

Consequently, the Zimbabwe dollar slid from 2,5 to 1 against the US dollar when it was first floated in February last year to 17,5 to 1.

The local unit continues to trade at a premium against the US dollar on the parallel market for foreign currency.

“I think the best system is some kind of an auction system; market system where there is better price discovery.

“We will do an electronic version; so we will be introducing the Reuters Trading System so that there is better price discovery; better revelation of information so that we eliminate all information asymmetry,” he said.