Source: Death penalty should be abolished completely – NewsDay Zimbabwe MDC legislator Dorcas Sibanda says while President Emmerson Mnangagwa has done well to commute death sentences to life imprisonment, he should have completely abolished the death sentence as stipulated in the national Constitution. Sibanda recently moved a motion in Parliament on the abolition of the […]

The post Death penalty should be abolished completely  appeared first on Zimbabwe Situation. 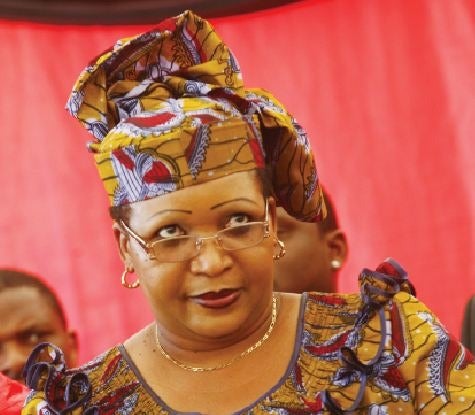 ND: President Emmerson Mnangagwa last week issued Clemency Order number 1 of 2020 which will commute death sentences to life sentences for death row inmates who have served 10 years or more. What is your comment on that?

ND: Why does Zimbabwe now need to do away with the death penalty?

DS: I believe the death penalty is, to put it simply, wrong. The State should not have the power to take a citizen’s life, ever. It denies the capacity of every one of us to rehabilitate themselves and contribute meaningfully to society. But more concretely, it is important for our citizens to realise that capital punishment is fundamentally unfair. It is applied disproportionately to the most vulnerable of us — the poor and disenfranchised, the mentally ill, those who do not have the means to defend themselves – and often after mistreatments, torture and unfair trials. Mnangagwa himself was sentenced to death (during the liberation struggle) after being tortured into confessing to a crime he had not committed by the Rhodesia Special Branch. That is why we need to remove it from our statutes and ensure that no individual is sentenced to death.

ND: You moved a motion last month in the National Assembly on the death penalty, what do you seek to achieve?

DS: Through my motion, I call for a moratorium on executions for the 84 people who are currently on death row in Zimbabwe. This is a necessary first step that would provide relief to their relatives.

It is also essential that we tackle the issue of capital punishment and move away from it. I call on the Executive to make good on their statements in favour of abolition and to introduce a Bill that would remove this cruel punishment from Zimbabwean laws.

ND: During debate on the motion, some MPs narrated how they had been affected by murder cases on their family members and were against removal of the death penalty. What is your comment?

DS: My heart goes out to everyone who has been affected by such crimes. Grief often comes with anger and a feeling of injustice. Every victim has a right to see the person responsible held to account in a court of law; but the death penalty is not justice, it is revenge. Executing the murderer does not bring back the victim, it cannot make whole what has been broken. We often say “one eye for an eye makes the whole world blind” and it is very true. We must support victims, but the death penalty creates new victims.

I think it is also important to underline that there are many families of victims around the world who do not support the death penalty and refuse to be used to justify the killing by the State of another human being. Some of them may even promote abolition like my colleague (Robert) “Renny” Cushing (Democratic member of the New Hampshire House of Representatives) whose father and brother-in-law were murdered and spearheaded the abolition Bill in New Hampshire. Their voice matters too.

ND: Have you ever spoken to persons on death row before moving this motion? What were their experiences?

DS: I have been fortunate enough to meet individuals who have been wrongfully sentenced to death and later freed at abolitionist meetings and summits. It is a very humbling experience to hear them share the difficult conditions and despair they have experienced. It is something I would not wish on my worst enemies, and it is a good reminder that it could happen to any of us because no justice system is perfect.

It is also very moving to see how resilient these people are, despite the cruel injustice they have suffered. For example, I met Susan Kigula who was convicted for murder in Uganda. During her 15 years in prison, she organised a choir and worked hard to get a law degree from London University. She was released in 2016 and has now created an organisation which supports women and children. Executing her would have been an immense loss for her community and her country.

I think more parliamentarians should take the step to visit prisons, including death row, and to see with their own eyes what those people endure, and hear with their own ears what they live through. We should make full use of it to make more informed decisions when we discuss criminal justice reform.

ND: How will removal of the death penalty assist the country in curbing crime or promoting human rights?

DS: One of the most common misconceptions on death penalty is that it deters people from committing crimes, which would thus help curb crime, but that is simply not supported by studies or research.

It is of course a difficult issue to analyse, but, for example, studies made in the United States have demonstrated that the homicide rate in States using the death penalty does not differ from that in abolitionist States. There is, however, evidence showing that what does deter people from committing crimes is the certainty of the sanction, not the severity of said sanction: it is thus more important to strengthen the judicial system and ensure that citizens feel comfortable reporting crimes, that all crimes can be investigated effectively and that courts have the resources to address all crimes adequately, than to increase the severity of punishment.

ND: Do you think that those advocating for the continuity of death penalty in Zimbabwe want to just fix political opponents?

DS: I would not presume that all proponents of the death penalty have such intentions. However, it is true that the death penalty can be used – and in many countries it is used – against political opponents. I myself have been to several countries where the justice system is manipulated to target people who oppose those in power.

As Africans, we should know that the death penalty can be used as a tool of political oppression, as it most definitely was for the Rhodesian government. Retaining capital punishment in our books — even if executions are no longer carried out — represents a huge risk to our democratic principles because nobody knows what might happen and who could be in power tomorrow.

ND: What kind of campaigns are you engaged in as you fight for removal of the death penalty?

DS: As a member of Parliamentarians for Global Action (PGA), I am very active within the Campaign for the Abolition of the Death Penalty. With fellow parliamentarians from across the world, we strive to reduce the scope of capital punishment and ultimately to abolish it by working together and supporting each other.
For example, last year I attended the 7th World Congress against the Death Penalty in Brussels (Belgium) and with a colleague from Chad I delivered an abolitionist message on behalf of parliamentarians across the world to an audience of hundreds of people – diplomats, lawyers, judges, activists, victims, etc.

I think it is also important for parliamentarians to work closely with local civil society representatives, such as Veritas who co-published a very important report on the death penalty in Zimbabwe in 2018.

ND: What is the international view on removal of the death penalty?

DS: Today, over 100 countries have legally abolished the death penalty for all crimes. In addition, about 50 other countries are abolitionist in practice. That means that more than two thirds of countries across the world have moved away from capital punishment. In 2018, 121 of the 193 United Nations member states voted in favour of a General Assembly resolution calling for a moratorium on executions, and only 35 voted against it.

From these numbers, we clearly see that there is a growing consensus in the international community for abolition of the death penalty. Of course, some countries still support and apply capital punishment, but the march of history is steadily moving away from it, and so should Zimbabwe.

The post Death penalty should be abolished completely  appeared first on Zimbabwe Situation.