An international initiative to unite Zimbabweans who live in the diaspora in April 2020 has been announced, with preparations underway to bring a whole month of business, sports, arts, entertainment, fashion and cultural events across Zimbabwe in April 2020. Source: Diaspora initiative, ZimThrive, launches ahead of April 2020 – The Zimbabwean ZimThrive, the brainchild of […]

An international initiative to unite Zimbabweans who live in the diaspora in April 2020 has been announced, with preparations underway to bring a whole month of business, sports, arts, entertainment, fashion and cultural events across Zimbabwe in April 2020.

Source: Diaspora initiative, ZimThrive, launches ahead of April 2020 – The Zimbabwean 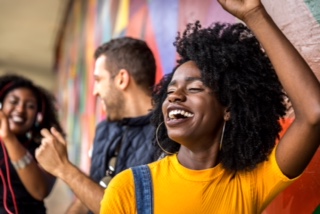 ZimThrive, the brainchild of two Zimbabweans; USA based Mildred Munjanganja and Mike Tashaya who resides in the UK, has been established to unite Zimbabweans who live in various countries around the world, and encourage them to gather in the southern African country at the same time, with the aim of reinforcing unity, building new and old friendships, and creating a stronger and self-sufficient nation that was once the breadbasket of Africa.

Mike Tashaya, Co-founder and Director of ZimThrive said, “We are excited to be launching this global socioeconomic initiative in Zimbabwe, which will see thousands of Zimbabweans reunite for a whole month of celebration in our native country.”

“We wanted a platform that will create continuous dialogue and opportunities for the Zimbabwean community abroad to interact with their country in a productive and mutually beneficial way so that we can reengage with our roots, enjoy and rebuild our beautiful country.”

“It will be the biggest event ever staged in the country and the first time something of this magnitude has ever been done. It is particularly significant as it is a project for Zimbabwean’s, spearheaded by Zimbabwean’s.

Through its theme, Homecoming, ZimThrive seeks to bring the world together to collaborate, create and innovate in areas that include tourism, business and entertainment. It will also aim to enhance social mobility and sustainability.

Mildred Munjanganja said that the ZimThrive initiative came out of a fractured heart, a heart whose one half resides in one country while the other half, its culture, heritage, language and family reside in Zimbabwe.  Her visits home were only to find that a multitude of family members, friends and old classmates were not at home but scattered around the globe have this same sense of separation.

“Like most people in the diaspora, our tourist destinations of choice were everywhere else in the world, South Africa, Paris, Asia but rarely Zimbabwe, whose sunsets evoke feelings nostalgia, whose sense of wonder is unparalleled – I believe our economy could stand to benefit from our intentional attention,” Mildred said.

She added that she wanted to divert foreign currency expenditure to the Zimbabwean economy.

“We want to go home to be entertained by our artists, eat our local food and buy art & crafts made by our own people – we want to bring everyone home from the diaspora at the same time to strengthen our identity and to collaborate with Zimbabwean locals to bring back the unity and prosperity of our nation.”

The international ZimThrive resource team are working hard to put systems and processes in place over the next 12 months, working in partnership with many stakeholders both on the ground and in the diaspora to ensure that Zimbabweans around the world have a first-class experience for the grand reunion.

“We have a strong team of people working hard behind the scenes to ensure it is an unrivalled success.

They all have a strong presence in their various sectors around the world and are driven, not only by their passion to build a sustainable nation but by their innate leadership qualities that will help contribute to putting Zimbabwe back on the international map again,” said Mildred.

Tourism and Hospitality Industry Minister, Prisca Mupfumira, who recently won the Tourism Minister of the Year for Africa at the International Tourism Bourse (ITB) in Germany, has shown interest in the initiative which will give the tourism industry a further boost and are in talks to partner with the initiative with an announcement to come soon.

Zim Thrive 2020 is also to be a catalyst for other business and community projects locally. In line with driving investment opportunities into the country, Zim Thrive is working with its partners, international participants, businesses, innovators and influencers to develop the ground-breaking venture and seeks to engage with alumni from a wide range of local high schools, FE and HE institutions to draw participants.

Zimbabwe tourism industry on the rise

Zimbabwe recently won an award, which recognised it as a sustainable destination. The country was also voted as the third must-visit destination after Sri Lanka and Germany. National Geographic has also acknowledged it as one of the prime tourist destinations in the world.

Taking place from 1-30 April, events are scheduled to take place in key destinations that include the capital Harare, Bulawayo, Victoria Falls and Kariba, to name a few. To register your interest and to find out more about the initiative visit www.zimthrive.com