Source: Divisions ravage  Chamisa’s MDC. . . as infighting escalates ahead of May congress | Daily News THE intense jostling for positions within the main opposition MDC, ahead of the party’s May elective congress, is escalating — with chaos marring the 20-year-old political outfit’s ongoing restructuring exercise, the Daily News can report. This comes as […]

The post Divisions ravage  Chamisa’s MDC. . . as infighting escalates ahead of May congress appeared first on Zimbabwe Situation. 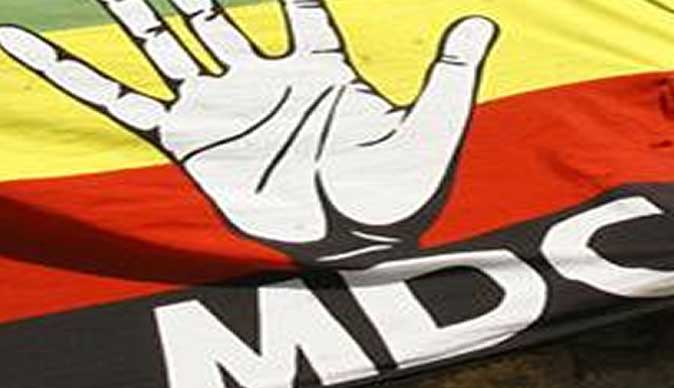 THE intense jostling for positions within the main opposition MDC, ahead of the party’s May elective congress, is escalating — with chaos marring the 20-year-old political outfit’s ongoing restructuring exercise, the Daily News can report.

This comes as the race for positions at the looming congress is getting hotter and more bitter by the day, amid damaging allegations that some senior MDC officials are imposing dodgy structures in the party along factional lines, to further their interests.

The eagerly-anticipated congress, where a new party leadership will be chosen — including the substantive successor to the MDC’s revered founding president, Morgan Tsvangirai, who died early last year after losing his valiant battle against cancer of the colon — will be held from May 24 to 26.

Insiders told the Daily News yesterday that it was in this context that a fresh war had broken out in the party over its ongoing restructuring exercise, which is said to have further divided senior party officials.
However, organising secretary Amos Chibaya would not be drawn into commenting on the alleged chaos raging within the party’s grassroots structures.

“I will issue a statement in due course on what progress we have made so far in that regard,” was all Chibaya could say.
But authoritative sources said he was “agonising” over which lists to accept from party structures, because of the chaos currently consuming the restructuring exercise.

“There is big trouble in the making because he (Chibaya) has to determine which lists to accept based on who was involved in the process.

“Parallel structures have been created in areas such as Dzivaresekwa, Kuwadzana, Zengeza East and Zengeza West.
“The main danger is that those whose lists will be rejected will be crying foul, and thus, there could be chaos at congress because these people will still come claiming to be the bona fide structures and cause chaos and fights,” a worried national executive member said.

A Chitungwiza provincial executive member also raised the fear that Zanu PF could take advantage of the deepening chaos in the MDC to infiltrate the party and destabilise it at the upcoming congress.

He also said the “unusually high” numbers that were being reported for branch members were “very suspicious”.

“We know that the party is growing in leaps and bounds even after Save’s (Tsvangirai’s) death, but the numbers that are turning up are frankly frightening.
“Some of these people are even known Zanu PF followers who are clearly coming to join us without anyone knowing whether they are genuine.

“For now, one has to pretend to write their names on the party’s lists, because it is hard to imagine them being allowed at congress without questions being raised,” the Chitungwiza executive member added.

Another insider confirmed to the Daily News that the restructuring of the party, particularly at the level of branches and wards, had seen supporters of Chamisa, Mudzuri and Mwonzora coming up with different lists of what they were all claiming to be bona fide members.

Claims were also increasingly being made that Chamisa, Mudzuri and Mwonzora were separately seeking to influence the outcome of the restructuring exercise since elected officials would form the electoral college at the coming congress.
“This is what is causing the chaos in several provinces such as Mashonaland East, Chitungwiza, Harare and Masvingo, where there is serious infighting.
“The divisions are also emanating from claims that there are attempts to push out some members who are allegedly not loyal to Chamisa.

“Because of all this, disgruntled members are now also threatening to derail the restructuring exercise in protest,” the insider said.
MDC spokesperson Jacob Mafume said he would issue a statement on what Chibaya had presented to the party’s national standing committee, on the progress made so far, when it met on Wednesday.

“Top of the agenda of the standing committee was the Cyclone Idai tragedy, the forthcoming congress and the launch of our economic blueprint in April. I will give a statement on that,” Mafume said.

Meanwhile, behind the scenes campaigning continues to gather steam ahead of the highly-anticipated May congress.
Chamisa is seen as the favourite to become the substantive MDC leader after the May gathering, although some insiders are tipping Mwonzora to cause an upset — just like he did in 2014.
Then, Chamisa was defeated by Mwonzora for the secretary-general’s post — even though at the time the latter was considered as a rank outsider in those elections.

Chamisa then held the powerful post of MDC organising secretary, a position which was said to have given him the opportunity to revamp party structures in his favour — and which structures were expected to give him an overwhelming victory against Mwonzora who was the party spokesperson at the time.
Mwonzora scored a shock and unexpected crushing victory over Chamisa — which saw him getting 2 464 votes against his rival’s 1 756.

This subsequently left Chamisa as an ordinary card-carrying member, before he was rescued by Tsvangirai who appointed him to the MDC national executive as secretary for policy and research.
There were even unconfirmed suggestions at the time that a stunned Chamisa, unwilling to stomach the results of those internal polls, was even contemplating resigning from the MDC altogether — which never happened.
In an ironic turn of fate, Chamisa was to later assume the reins of the country’s main opposition party ahead of his rivals, following the death of Tsvangirai last year — albeit, under controversial circumstances.

The 41-year-old was accused of having allegedly used his then assumed closeness to Tsvangirai’s widow, Elizabeth, to torpedo the ambitions of the likes of Mudzuri and Thokozani Khupe.
A titanic leadership battle subsequently ensued in the party, which eventually led to Khupe forming a breakaway faction — which went on to perform dismally in last year’s elections.

Chamisa ultimately prevailed over his party competitors after a consultative meeting of the MDC, which was held at its Harare headquarters — and which was attended by 639 delegates from 210 party districts — endorsed him as Tsvangirai’s interim successor and the party’s presidential candidate in the 2018 polls.

The post Divisions ravage  Chamisa’s MDC. . . as infighting escalates ahead of May congress appeared first on Zimbabwe Situation.