Source: Editorial Comment: Zim need ingenious leaders – NewsDay Zimbabwe April 2, 2019 Editorial Comment The live broadcasting of Parliament’s question and answer sessions on Wednesdays and Thursdays has exposed both the ministers and legislators to the voters, who are now able to watch and conclude whether the Executive and Legislature are performing to expectations. […] 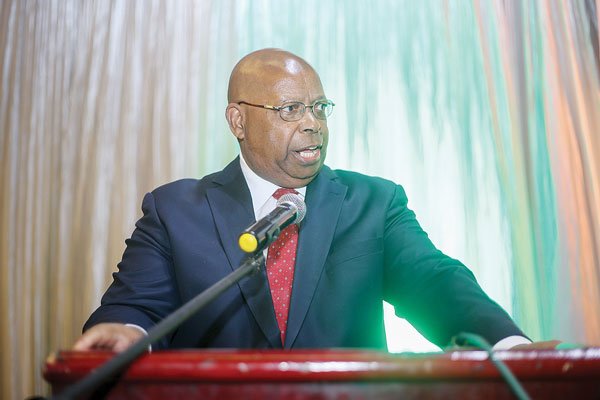 The live broadcasting of Parliament’s question and answer sessions on Wednesdays and Thursdays has exposed both the ministers and legislators to the voters, who are now able to watch and conclude whether the Executive and Legislature are performing to expectations.

Despite these sessions being televised live, it really boggles the mind that some legislators and ministers have not improved by either religiously attending the question and answer sessions in order to take questions from backbenchers (for ministers), or MPs asking ingenious and relevant questions to the Executive.

Parliament has now adjourned for the Easter holidays and what has been of concern during the January to March 2019 sittings — particularly during Wednesdays and Thursdays’ question and answer sessions — has been the recurrence of poorly-structured questions by MPs.

Speaker of the National Assembly Jacob Mudenda oftentimes chides MPs for their lack of intelligence, where a question asked the previous week would prop up again and again.

This only exposes some legislators as not being alert whenever the House is in session, or that they are often absent and not even able to read The Hansard after its production — just as a matter of follow-up.

Other questions — though they might be new — are sadly so poorly-structured to an extent that they expose our current crop of MPs that Zimbabwe has thrust into the Ninth Parliament.

For instance, some MPs have sought to know when a road in their constituency would be constructed — only to be told that it was not a policy question. What a shame!

Dismayed by the dreary performance of some legislators from across the political divide, the Speaker has resorted to shaming them, and pointing outright during the televised sittings that questions being posed had either been asked or responded to, adding he would not entertain such repetitions in future.

The problems is identical in Senate, where questions asked on Wednesdays in the National Assembly are also asked to the same minister on Thursday in the Upper House.

This raises questions on the calibre of our legislators and Senators because Parliament and its partners spend a lot of money on induction workshops for legislators so that they learn parliamentary procedures, as well as how to pose policy questions to ministers during question and answer sessions.

Deputy ministers can also take questions on policy from MPs, but during the sessions, legislators have complained of the poor quality of responses, which they now derogatively refer to as “deputy answers”. There has been a lot of stammering by ministers when responding to questions in Parliament, as well as outright failure to respond to policy questions, resulting in nasty interjections by MPs.

Our ministers and legislators need to read, do research and be abreast with the events in the country in preparation of the question and answer sessions in the august House. If Zimbabwe is to improve as a country, then it would imply having in our midst ingenious leaders that are problem solvers.

The country is currently experiencing a myriad of problems that should be solved by astute legislators and committed ministers in Parliament.