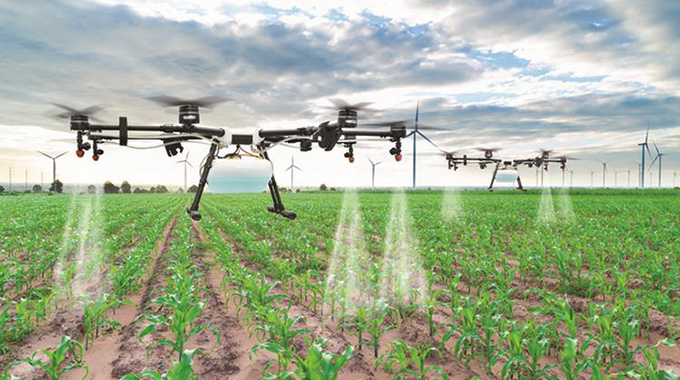 The Government has said it will intensify climate smart agriculture, a farming technique that helps farmers to be more productive on a warming planet, than adopting “harmful” genetically modified crops.

This comes against the backdrop of growing calls by Genetically Modified Organisms (GMOs) advocates pushing for the Government to adopt a policy that embrace the GM technology in light of successive failed harvests due to droughts linked to climate change.

Those actively campaigning for the GMOs are also arguing that the country is already consuming imported GMOs while maintaining the GM non-use policy was making the country’s agricultural produce uncompetitive.

Zimbabwe is facing a second successive drought resulting from the devastating effects of climate change with 5,8 million people, mainly from rural areas facing severe levels of food insecurity, according to the World Food Programme.

Lands, Agriculture, Water, Climate and Rural Resettlement Minister Perrance Shiri said yesterday that the Government’s position on the non-use of GMO materials would remain in place.

“We haven’t embraced the use of the GMOs as yet,” said Minister Shiri in an interview.

“The starting point is analysing and highlighting the implications of using the GMOs. Of course, we can talk of higher yields while ignoring implications on issues to do with health and environment in the long term. We do agree that we are faced with the devastating effects of climate change but as Government, we have decided to adopt smart farming, which does not include the production of the genetically modified materials.”

Many countries that have banned the GMOs including Zimbabwe argue that crop varieties will cross pollinate other plant and pollute environment, which could have long term effects for human health, according to reports. They have also argued that the crops will over time become susceptible to pest attacks.

However, the GMO defenders say claims on the implications on health and environment is not scientifically proven.

Minister Shiri said the Government would enhance the harvesting of water and use modern irrigation methods like drip irrigation, the type of technology which delivers small amount of water directly to plant roots, to counter the effect of climate change seen as a major threat to food security across the African continent.

Zimbabwe has more than 10 water bodies,  which are underutilised and the Government was looking at investing in irrigation infrastructure around these water sources.

“We have quite a number of water bodies in the country and we need to exploit them as a way of countering climate change,” said Minister Shiri.

“We are looking at developing irrigation schemes around them and I am sure this will boost yields than adopting the GMOs.”

“I think it is the time to adopt these GMOs because of the state of national food security as well as to improve better yields,” said Mr Savadye.

“Actually we are consuming the GMOs and I think it is ideal to start engaging now.

“We have neighbouring countries namely South Africa and Botswana that are already consuming these. As a country we much not be left behind.”

Said principal research economist in the department of research services Mr Freeman Gutsa: “Zimbabwe cannot think of growing GMOs right now because we have potential that has not been capitalised so far, because if we look at maize we have a national yield of  0,49 tonnes  per hectare when we have some farmers who are producing 21 tonnes per hectare.

“So as of now we cannot adopt GMOs but maximise on our potential, through maximum utilisation of dams and land,” said Mr Gutsa.

“Maize, wheat, soya and maize are our main crops if we are to talk about food security, we just have to improve our yields on those.”

“These are known to be drought resistant and can do well even with little rains. Climate change hasn’t gone to the extent of making these crops unviable,” said the minister.