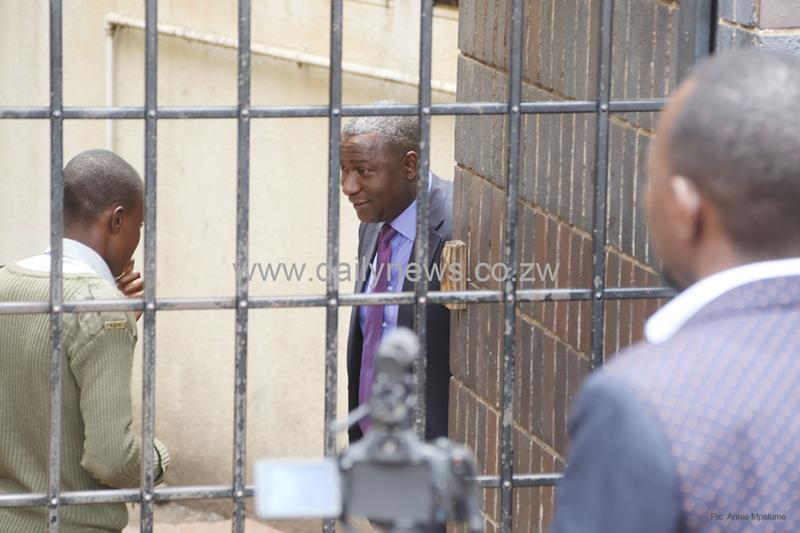 Former ICT minister Supa Mandiwanzira’s challenge against a magistrate’s ruling rejecting his application for exception to charges of breaching procurement regulations will be heard in the High Court on April 3.

Mandiwanzira approached the High Court after Harare regional magistrate Elijah Makomo had thrown the application out, insisting the ex-minister contravened the Procurement Act.
The Nyanga South legislator has been directed to file his heads of argument by the High Court.

Mandiwanzira, who is accused of corruptly engaging Megawatt for consultancy services rendered to NetOne Pvt Ltd, had argued before Makomo that the charges were misplaced because the telecommunications company was not a procuring entity.

However, Makomo ruled that Mandiwanzira in his capacity as minister then, could not have acted on behalf of NetOne because it had its own directors and employees. “The charge and outline are clear that the issue is not about proceeding to tender but that as minister the accused person handpicked Megawatt. According to papers, it was not NetOne but the minister,” Makomo ruled.

“…by acting in that manner, the minister became a procuring entity and was bound by procurement regulations.
“The accused person argued that the services had been proffered on pro bono basis but it was only pro bono on paper because payment was later demanded.”

Mandiwanzira had argued that Statutory Instrument 160/2012 removed NetOne from the list of public enterprises that were deemed to be procuring entities. “The accused person’s lawyers in asserting that NetOne is not a procurement entity are ignorant of the law…section three of the repealed S.I 160/2012 was corrected in the same year thus he relied on an incorrect and repealed piece of legislation,” the State responded.

“SI 160/2012 is just an addition of those that were stated in S.I 171/2002 where NetOne is number 28. Further, section two of the Public Finance Management Act defines a public entity as any company in which the State has a controlling interest whether by virtue of holding or controlling shares therein or of right of appointment of members to the controlling body…”

Mandiwanzira is facing charges of criminal abuse of office.
He is accused of awarding Megawatt Energy, a South African-based company consultancy, work to audit the US$218 954 843.00 deal between NetOne and Huawei Technologies.

In his application for exception to the charges against Mandiwanzira, defence lawyer Advocate Tembinkosi Magwaliba said the former minister acted in public interest and recovered US$30 million that NetOne had lost in the contract for network expansion and modernisation of equipment.

The deal was signed by former NetOne CEO Reward Kangai, who is the State’s star witness. The defence lawyer described allegations against Mandiwanzira as “fatally defective and incurably bad.”

On the potential prejudice of $4 million to NetOne, Magwaliba said Megawatt Energy had offered its services on a pro bono basis as confirmed in the State outline and that the payment would not be made by the government of Zimbabwe or NetOne Cellular for the services.

“The payment of US$4 million was a success-based fee recoverable from Huawei Technologies if it was found to have overpriced,” the defence lawyer said.

“Megawatt Energy successfully carried out the verification in terms of its contract with NetOne Cellular in the recovery of US$30 million which was credited to NetOne Cellular.”