Source: How ‘conman’ used MPs | The Standard (Local News) BY VENERANDA LANGA A PARLIAMENTARY privileges committee set up to investigate allegations that Norton MP, Temba Mliswa and three other legislators, solicited for a $400 000 bribe from a businessman has revealed how controversial Kwekwe businessman Shepherd Tundiya was the main architect of the scam. […] 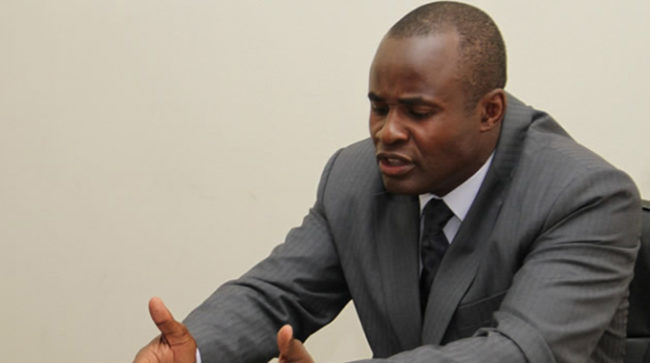 A PARLIAMENTARY privileges committee set up to investigate allegations that Norton MP, Temba Mliswa and three other legislators, solicited for a $400 000 bribe from a businessman has revealed how controversial Kwekwe businessman Shepherd Tundiya was the main architect of the scam.

Tundiya is accused of trying to extract the bribe from Bulawayo businessman, James Goddard ostensibly on behalf of the four MPs.

The other MPs, who were implicated were Binga North MP Prince Dubeko Sibanda (MDC), Magwegwe MP Anele Ndebele (MDC), and Gokwe Kabuyuni MP Leonard Chikomba (Zanu PF), but they have all since been cleared by Parliament.

The MPs were then members of the mines portfolio committee, and it was alleged that they had promised to award Goddard lucrative contracts with Hwange Colliery Company Limited (HCCL) on condition he parted with $400 000.

Parliament’s privileges committee chairperson Fortune Charumbira who presented the report on investigations into the issue in the National Assembly last week said during the probe Tundiya was described as a ‘conman’.

Tundiya was also implicated in a forensic audit report on HCCL carried out by Reynolds Tendai Muza.

He was accused of extorting HCCL of1003 tonnes of coal worth US$17 000, which he was supposed to deliver to the Zimbabwe Power Company but he converted it to personal use.

Tundiya also allegedly masqueraded as an official in the Office of the President and Cabinet (OPC) who was sent by President Emmerson Mnangagwa to sort out the mess at the coal mine.

“Tundiya was the architect of the entire bribery allegations, and he arranged the meetings between Goddard and management at HCCL, and he held two meetings with Chikomba, Ndebele and Sibanda at Bronte Hotel in Harare, but Mliswa did not attend those meetings,” Charumbira said.

“Tundiya was again the convener of the meeting of November 15 2018 at Goddard’s Borrowdale offices, and he was described as a ‘conman’ by Mliswa and his role in these bribery allegations appears to lend credence to that description.” .

The committee said while Tundiya wanted to set a mining contract for Goddard at HCCL, he secured meetings for the businessman with the mines committee MPs, and he also owed Chikomba money, which he could have wanted Goddard to pay on his behalf.

“In the submission, the amount he owed Chikomba was either US$1600 or US$2100 but the evidence is unclear as to the circumstances and origin of the debt in question,” the committee said.

During investigations by the committee, Tundiya is said to have changed his oral testimony, and the MPs also doubted why Goddard in his wisdom as a businessman would travel at night all the way from Shangani to Harare after being invited by Tundiya to meet the four MPs with the belief that they could secure a mining contract for him in Hwange.

While the four MPs were absolved of the bribery allegations as the committee could not come up with evidence to show they indeed tried to extort $400 000 from Goddard, their alliance with Tundiya cost them their membership of the mines committee where they were the most vocal legislators.

The MPs were punished for holding meetings with Goddard at night, purporting that they were doing Parliament business.

“The privileges committee is of the view that the conduct of the four MPs does not constitute a breach of privileges,” the report said.

“However, the committee is of the view that measures should be undertaken to ensure MPs are not involved in activities, which are inconsistent with parliamentary decorum.

“As a deterrence measure the committee recommends that the four MPs should be prohibited from seating in the mines portfolio committee for the rest of the Ninth Parliament; that they should prepare and deliver a statement of apology to Parliament, and that a one seating’s allowance should be withheld from the four MPs.”

The post How ‘conman’ used MPs appeared first on The Standard.