The post ‘Inflation to blame for coins rejection’ appeared first on Zimbabwe Situation. 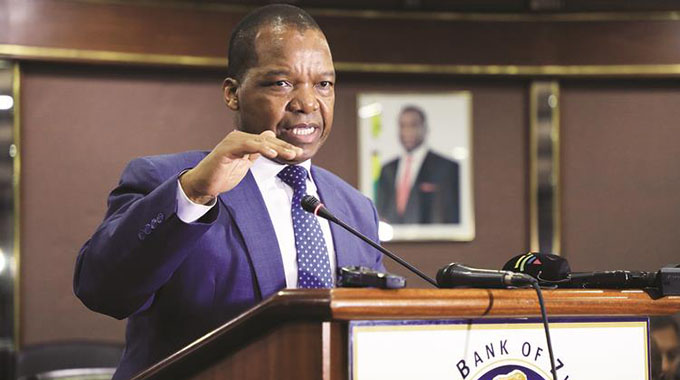 Golden Sibanda
RESERVE Bank of Zimbabwe (RBZ) governor Dr John Mangudya has attributed the rejection of smaller bond coin denominations to the impact of high inflation, which has made using them nightmarish.

But the central bank governor immediately declared yesterday coins remained legal tender in Zimbabwe, saying where one has large quantities they should deposit them with banks and get bigger denominations.

This comes amid widespread rejection of small coins by mostly the informal sector including vendors, kombi operators and tuck-shops while some formal businesses like filling stations long stopped accepting them.

“Because of inflation, when money becomes bulky to carry, it is no longer possible and convenient for the public to use; so they are rejecting it because it is now bulky. It means those small coins should be used for small change purposes,” he said.

Zimbabwe’s November monthly inflation rate for fell by nearly 50 percent to 17,6 percent from 38,75 on a month on month basis. Publication of the annual rate was suspended in July, when it reached 175,6 percent, after the currency switch from US dollar to Zimbabwe dollar in June.

Treasury projected just over a month ago that the monthly rate will fall to about 10 percent by December 2019.
“It (small value coins) should not be for people to withdraw from the bank because it does not make sense. All small value coins are supposed to be for change; so they have not been decommissioned; they are still legal tender,” he said.

Dr Mangudya said it was critical that banks get bigger denominations to make it easier for the public to transact.
Finance Minister Mthuli Ncube told Parliament last week that they will soon introduce $10 and $20 notes.

Although the central bank governor stressed that low denomination coins have not been decommissioned and can be exchanged at banks across the country for bigger denominations of notes or coins, what is evident is that there is little enforcement of regulations.

Rejections of coins started with fuel pump stations and there was an outcry from commuter operators who collected them from commuters, but would not be able to use them to refuel, but authorities folded their hands.

Admittedly, the economy has become largely informalised, making it difficult to react swiftly and adequately to deviant conduct, but once in a while culprits need to be penalised for State policies to have impact.

Coin denominations being rejected are the 25 cents and 50 cents units, and sooner or later this could include $1 coins and such other low denominations in a country where $5 is the biggest note in circulation.

This could worsen the cash shortage already blighting the domestic economy, which roughly has $19 billion in circulation and requires 10 to 15 percent of that figure to be in hard cash to remove any shortages.

Thus far the Reserve Bank has $880 million in circulation, against a requirement of $1,9 billion to $2,5 billion. Of that amount, a total of $80 million are coins with 25 and 50 cent coins accounting for $42 million.

Rejection of coins comes against the backdrop where the country is already facing cash shortages, turning cash into a tradable commodity that has seen it sold at high premiums charged on anyone seeking it.

While central bank chief attributed rejection of coins to inflation-induced inconveniences, the other issue is that coins by their bulky nature make it impracticable to trade in currencies on the parallel market.

However, Dr Mangudya said coins should continue to be used, to provide small change in transactions to avoid rounding off of prices to the next higher denominations in the market, which are the $1 and $2 notes and coins.

Pressed on what the RBZ is doing to prevent rejection of money that has not been decommissioned, he said moral suasion remained the best approach as a country cannot be run by regulation in every sphere.

The post ‘Inflation to blame for coins rejection’ appeared first on Zimbabwe Situation.