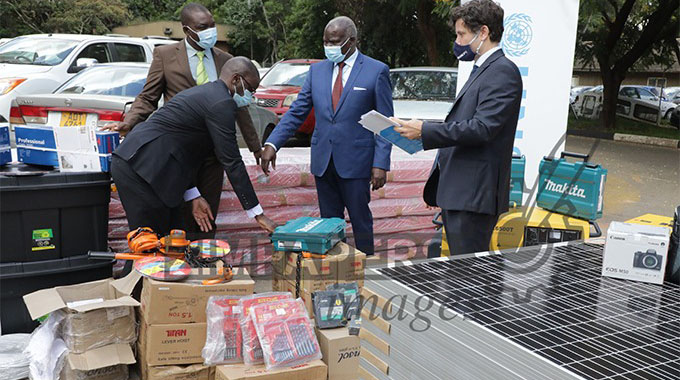 Mr Nadon hands over part of the equipment to Minister Moyo and his Energy and Power Development counterpart, Zhemu Soda.

The African Development Bank and the World Bank have this morning donated equipment to Government to go towards the reconstruction of districts affected by Cyclone Idai.

It was handed over by United Nations representative Mr Claude Nadon to Local Government and Public Works Minister July Moyo.