Source: Mbare, the microcosm of the State – NewsDay Zimbabwe MBARE vegetable market is a hive of activity. Thousands of people are mingling, selling and buying fresh agricultural produce oblivious of the social distancing regulations during the coronavirus pandemic. For a week, Mbare was dead economically. The suburb is an economy in itself — the […]

The post Mbare, the microcosm of the State  appeared first on Zimbabwe Situation.

Source: Mbare, the microcosm of the State – NewsDay Zimbabwe 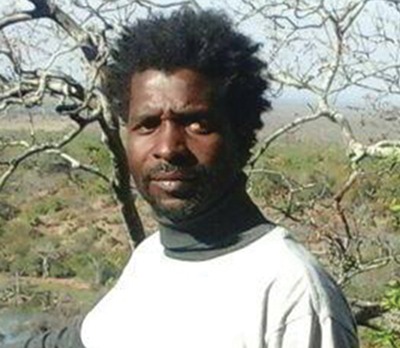 MBARE vegetable market is a hive of activity. Thousands of people are mingling, selling and buying fresh agricultural produce oblivious of the social distancing regulations during the coronavirus pandemic.

For a week, Mbare was dead economically. The suburb is an economy in itself — the undeclared capital of informal trade.

One can get practically anything from Mbare — a site for informal trading from Mupedzanhamo for second-hand clothes to green vegetables market to Siya-So for all manufacturing and industrial trade.

All this had ground to a halt after President Emmerson Mnangagwa announced a 21-day national lockdown to combat the spread of the deadly coronavirus.

The lockdown was effective March 30 to April 19 inclusive. All non-essential services were barred from conducting any business during the lockdown.

When Mnangagwa announced the lockdown on March 27, Zimbabwe had only three confirmed cases and one death.

The news melted the social media. He was case number two. Zoro, as people used to call him, was the only case with a name, all others were just numbers and it remains so.

Zoro’s death and South Africa’s lockdown, which started on March 27, prompted Mnangagwa to take similar action despite that the country had three confirmed cases.

Since then, the country had tested 438 people by sunset yesterday and most of the positive cases were people who came from outside Zimbabwe, with the exception of cases — 5, 6, 7, 8 and 11. Case 5 was a contact of case 2; cases 6, 7 and 8 were contacts of case 3; while information is yet to be released on where case 11 got infected.

The lockdown was rushed. Mnangagwa appeared to be a man in a rush. He made the regulations without a proper plan to deal with indigent persons, small businesses and informal traders who would carry the brunt of the lockdown.

The police were to enforce the lockdown and the military, which had been on standby amid reports of deployment in some suburbs, has now been fully deployed, particularly at main checkpoints.

Mbare is populous as I argued in my previous article and social distancing is not possible.

The people are largely involved in informal trade, have no savings and any day lost in trade pushes them further into poverty.

Mnangagwa was forced to review the ban on Mbare green vegetables market. However, his review, like the original ban, was rushed.

Mbare reopened with no proper plan of enforcing social distancing nor how the buyers would get to the market with a public transport ban still in place and a 5km radius limit for pedestrians.

Mbare remains a potential keg for the pandemic. If there is a case in the area, it is most likely to spread fast with devastating effects.

Statistics from the United States show that the virus is class and race conscious — the poor and black people — are disproportionately dying.

The virus is more dangerous to people with underlaying conditions such as HIV, tuberculosis, asthmatic, high blood pressure and other some respiratory conditions.

Poor people mostly with no medical insurance have a high risk of succumbing to the virus. These are the same people who live in tiny houses and social distancing is a privilege they can ill-afford.

The regime has tried to come up with assistance for the poor families under a $200 million monthly facility for up to a million people.

These amounts are under the category of cash transfers, but the modalities on how it would be done are murky.

The Department of Social Welfare is developing the database of beneficiaries and there are no clear guidelines on who qualifies besides the fact that the cash-outs are miniscule in a country, where the poverty datum line is now at $5 200/month for a family of five.

The ad hoc and copy and paste decisions being made by Mnangagwa are unhelpful.

He should have a comprehensive plan on how to get through the lockdown, a solid plan backed by government funding and not based on philanthropy from capital.

The people of Mbare need social safety nets, they need constant supply of potable water, they need adequate housing, a functional public health and above all better environments to conduct their business from.

In the absence of the above, the Mbare community remains at risk of the virus with unfathomable effect or breaking the lockdown regulations to eke out a living.

The latter is not an option of choice but necessity and can be controlled.

The regime and local authorities should use this as an opportunity to look at our social welfare, economic, public health, housing and informal trading policies with an option to review them.

It is an opportunity to think of the ideological leanings the country wants and in many parts of world, universal health coverage has become topical.

The British National Health Services and the Cuban system have been touted in many circles.

However, for now, we can all swim as the tide is high, but once the tide subsides, it will expose who was swimming naked.

Let how we deal with Mbare be a microcosm of our national policy or else the regime will be exposed in due course when the tide gets low and thousands of lives are lost.

Paidamoyo Muzulu is a journalist and writes here in his personal capacity.

The post Mbare, the microcosm of the State  appeared first on Zimbabwe Situation.