Johannesburg – The former chairperson of the Catholic Commission for Justice and Peace in Zimbabwe, Mike Auret has died. Source: Mike Auret has died – The Zimbabwean Auret was also a former member of parliament for the opposition, MDC where he represented Harare West. He cut his political teeth in the seventies when he opposed […]

Johannesburg – The former chairperson of the Catholic Commission for Justice and Peace in Zimbabwe, Mike Auret has died. 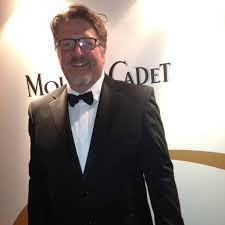 Auret was also a former member of parliament for the opposition, MDC where he represented Harare West. He cut his political teeth in the seventies when he opposed the then ruling Rhodesian Front. He stood against the party in elections but lost.

A devout Catholic, Auret was married to Diana for 63 years and has left three sons and a daughter who issued the following statement:

A light that shone so brightly with the humility and gentleness of the Saints he so faithfully followed, has finally dimmed. Our much-loved husband, father, grandfather, uncle and brother has gone forward to light the way for us in the dark journey ahead. While our hearts are torn asunder as we face the devastation of his leaving, we celebrate a life lived with such great compassion, activism, meaning, wisdom and above all – with such great love.
Dad was never just ours. We shared him with the Zimbabwe he so loved and fought all his life for, and ultimately with all those whose lives he touched and raised up through the power of his love.

Michael Theodore Hayes Auret was meant to be a catholic priest until he met our mum, Diana, and everything changed. Catholicism, his heroes, Pope John Paul II, Pope Francis and Father Patrick Galvin were the inspiration for his transition from young white farmer trying to make sense of the Rhodesian Civil War to human rights activist. He began by holding the Rhodesian police accountable for the torture of our farm workers, thereafter joining the Catholic Commission for Justice and Peace (CCJP)to expose the atrocities of the senseless war. He also began to oppose the Rhodesian Front politically by standing unsuccessfully as an opposition MP in Bulawayo.
While on a CCJP trip to Rome to discuss peace efforts with the Pope, he was called up to the Rhodesian army. Knowing he could not fight for the Rhodesians he arranged for us to leave the country as refugees and he led us from Rome, through Switzerland and finally to England.

Returning to Zimbabwe at Independence, he threw himself into rebuilding the country with the church and continued his work with CCJP which led him to the work he participated in, with other great Zimbabweans, in the cataloguing of the massacres in Matabeleland contained in the book “Breaking the Silence: Building True Peace.”
Throughout his life in Zimbabwe, he continued to serve and when constitutional discussions took place he was part of the founding of the National Constitutional Assembly (NCA) and served as its vice-chairperson in the first committee under Morgan Tsvangirai. The NCA went on to defeat Mugabe in the only democratic process the opposition was ever allowed to win, the constitutional referendum, pushing back Mugabe’s constitution in 2000.
In the same year, he stood for the opposition MDC in the 2000 elections and won his seat in Parliament for Harare Central.
After his retirement, he continued his love and service to the Catholic church in Ireland where he settled with our mum and his family. He often dwelled on the fight for Zimbabwe and wrote: “From Liberator to Dictator: An insiders account of Robert Mugabe’s descent into tyranny”.

He was always a gentleman, always loving, compassionate and humble. Married to our mum for 63 years, we are all devastated by his passing, but thank God that he chose to take him home after a long and sometimes painful journey, on this day of such significance.
Diana, Peter, Margaret, Stephen and Michael Auret and all our children

Fr David Harold-Barry writes:
I have just heard from Roger Riddell, a former Jesuit, of the death today, Good Friday, of Michael Auret in Ireland. Mike will have been known by many in the province on two accounts.  He was a courageous Chairman of the Catholic Commission for Justice and Peace just after Independence and he later stood in the 2002 election in which he was elected as an MDC MP.  He grew up and lived all his life in this country until the going got particularly hot for him in the opening decade of this century and he and Di moved to Ireland.  He was a good friend of the late Joaquim Petrausch and other Jesuits in the Chinhoyi Diocese. He also had strong links with the Bethlehem Fathers and Brothers in Gweru and Masvingo.  In fact he welcomed Fr Pat Galvin, one of them, to live in his house when Pat became aged.
Mike wrote to me last year and it was obvious he was keeping a close eye on events in Zimbabwe.  In the course of his letter he wrote, ‘I truly believe that the churches, separately and collectively, could and should be of much greater influence in the search for peace and stability in Zimbabwe and throughout Africa’.  And he ended with a quote from Dom Heldar Camara:
‘God thinks of all people but calls some to special work.  He drives these to take a leap in the dark, to set out.  He tries them by fearless hardships. But he supports and encourages them.  He gives them the fine and dangerous mission to act as his instruments.  He entrusts them with the task of being present discreetly when decisive decisions are made.  He sends them out on the road to draw others to them, many others. He expects them to bear witness in the hour of trial’.  The Desert is Fertile.
This quote describes the life of Dom Heldar in Brazil but it also says much about Mike Auret.