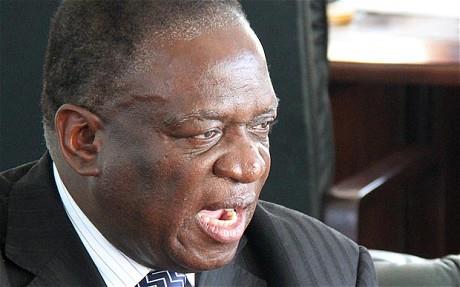 MDC spokesperson Jacob Mafume yesterday confirmed to the Daily News that the party had not been invited to the crucial meeting, but insisted that as long as Mnangagwa chairs the process they are not willing to be part of it.

This comes after the party, which is the largest opposition, snubbed the first meeting called by the president recently.

“We responded to them by way of a letter on the first invitation. We have made it clear that we will attend a dialogue by a neutral arbiter. What they are having is a monologue,” Mafume said.

He said Mnangagwa had not responded to the letter written to him by the MDC when he made the first call for dialogue, adding that this subsequently resulted in them not being invited for today’s meeting.

While many had hoped the national dialogue would be facilitated by the National Peace and Reconciliation Commission (NPRC), the organisation’s chairperson Selo Nare said the issue was being handled by the Office of the President and Cabinet (OPC).

Asked if all the political parties had been invited to the meeting, Nare yesterday said: “I am only the moderator, I do not do the invitations; the invitations are done by the OPC. I have just been asked to come and moderate or to be the master of ceremony to use a simple word.”

He added: “We are involved as per invitation”.

Civic society organisations and churches have backed the national dialogue, which they say should not be restricted to political issues only.

Dominating this dialogue however, is the issue of legitimacy, following Chamisa’s contention that he won last year’s presidential elections.

In his argument, Chamisa claims Mnangagwa should not chair the meeting and that if he is genuinely willing to enter into formal negotiations, certain conditions have to be met.

Among his demands are mediation by a neutral third party recognisable to Southern African Development Community (Sadc) and the African Union (AU), including a requirement that all “prisoners of conscience” be freed, and that there be an immediate return to the barracks by the military.

Mnangagwa wants a broader multi-party initiative, but Chamisa — who disputes results of the July 30 polls — prefers a dual engagement on the grounds that he is the only one among all the other presidential elections who is contesting results of last year’s elections.

While the MDC leader snubbed Mnangagwa’s first meeting, he attended a dialogue meeting organised by the Zimbabwe Council of Churches (ZCC) just a day after the meeting at the State House.

Some of the presidential candidates that attended the first meeting include Thokozani Khupe, Bryn Mteki, Nkosana Moyo, Lovemore Madhuku and Ambrose Mutinhiri.

Following the snub by Chamisa, Mnangagwa said the MDC leader “risked missing the bus”, if he did not pitch up for talks, further accusing the opposition front man of grandstanding and playing with the lives of the people.

Mnangagwa’s meeting with political leaders is among other things aimed at establishing four committees.

“Each political party is also being requested to e-mail to the secretariat the names of four nominees who will be considered for appointment to the four committees that were agreed to at the first meeting of the dialogue,” part of the letter of invitation for today’s meeting reads.