Source: New law to deepen democracy | Sunday Mail (Top Stories) Lincoln Towindo The successor law to the Public Order and Security Act (Posa), which will be promulgated soon, will further open up democratic space by entrenching the right to demonstrate and present petitions, among other far-reaching freedoms that Government is determined to promote. It […] 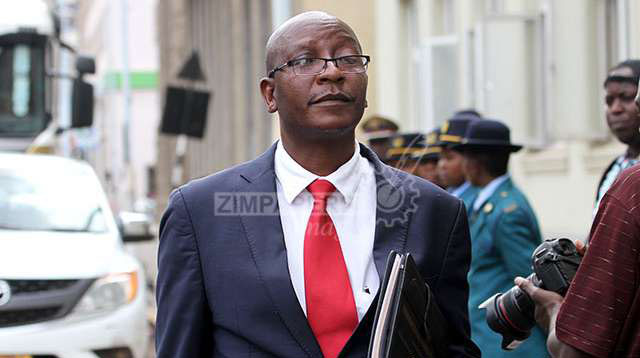 The successor law to the Public Order and Security Act (Posa), which will be promulgated soon, will further open up democratic space by entrenching the right to demonstrate and present petitions, among other far-reaching freedoms that Government is determined to promote.

It is believed that the Maintenance of Peace and Order (Mopo) Bill will also align the law to several Constitutional Court rulings that outlawed Section 27 of Posa, which allows police to issue a temporary prohibition order on holding of public demonstrations in cases where there is a likelihood for public violence.

However, the proposed law will introduce a robust mechanism for negotiations between police and conveners of a demonstration before a prohibition order can be issued.

In cases where the conveners are aggrieved by a prohibition order, the envisaged law creates an option of immediate remedial action by the courts.

Justice, Legal and Parliamentary Affairs Minister Ziyambi Ziyambi told The Sunday Mail that the Bill will be taken to Parliament soon.

“The Posa amendment (Mopo) has gone for gazetting now.

“As you know, once they have been drafted, we then have to gazette it for 14 days before it goes to Parliament, so I think this is being done.

“Once we have completed the process, then we go to Parliament to give notice of presentation of Bills, then the Parliamentary process will begin.

“Very soon we should be able to see some activity in Parliament.”

The draft, which this publication is in possession of, also balances the freedom of demonstrators with the rights of both innocent individuals and property owners by placing civil liability on organisers of demonstrations, especially in cases where protests would have turned violent, resulting in loss of life and destruction of property.

The law will also provide for independent arbiters to help moderate negotiations between the police and the conveners.

A more robust mechanism for negotiations between police and conveners of a demonstration before police can issue a prohibition order will also be introduced.

It further creates an option for immediate remedial action by the courts in cases were conveners of a demonstration are aggrieved by a prohibition order.

It reads in part: “The regulating authority may invite, or allow to be present, representatives of such public bodies, including local authorities, and civil society groups, as in the opinion of such regulating authority ought to be present at such meeting, in order to discuss any amendment of the contents of the convening notice and such conditions regarding the conduct of the procession, public demonstration or public meeting as he or she may deem necessary.

“Discussions shall be held on the contents of the convening notice, amendments thereof or additions thereto and the conditions, if any, to be imposed in respect of the holding of the procession, public demonstration or public meeting. . .”

However, in cases where a prohibition order has been issued, the law provides for a prompt appeal mechanism, directing the area magistrate to handle the matter urgently.

“An appeal in terms of subsection (1) shall be dealt with on an urgent basis and in any case before the date of the proposed gathering unless, due to the fault of the convener, the appeal is not lodged timeously.”

Mopo also regularises the way the military is deployed to assist the police in maintaining law and order.

The Motlanthe commission on post-election violence noted contradictions between Section 37 of Posa and Section 231 of the Constitution.

It urged Government to urgently align the contradictory provisions.

Section 37 of Posa empowers the Minister of Defence to authorise defence forces to assist police at the request of the commissioner-general of police.

As such, it is in direct contradiction with Section 213 (1) (a) which stipulates that “only the President, as Commander-in-Chief of the Defence Forces, has the power to authorise the deployment of the defence forces”.

And Mopo duly corrects the anomaly.

“If, upon a request made by the Commissioner-General of police, the Minister is satisfied that any regulating authority requires the assistance of the defence forces for the purpose of suppressing any civil commotion or disturbance in any police district, he or she may request the President to authorise the defence forces to assist the police in the exercise of their functions under this Act in the police district concerned,” reads Mopo.

The committee, chaired by Minister Ziyambi, will feed off from recommendations made by the various election observer missions during last year’s harmonised elections, the Motlanthe post-election violence report and input to be generated from the ongoing inter-party dialogue.