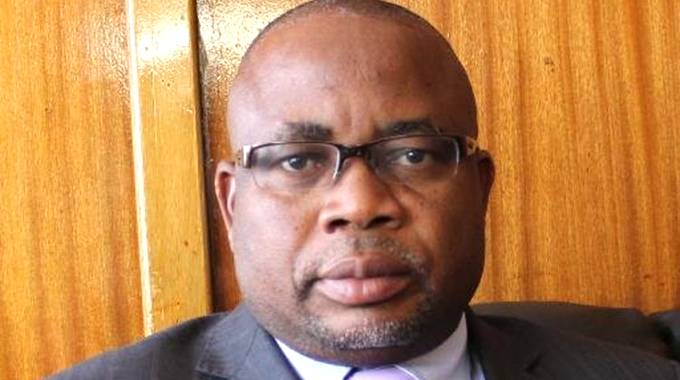 Both employers and employees are not happy with the minimum wage that was gazetted recently by Public Service, Labour and Social Welfare Minister Professor Paul Mavima.

According to Statutory Instrument 81 of 2020, which may be cited as the Labour Relations (Specification of Minimum Wages) (Amendment) Notice, 2020 (No.15), that was gazetted on March 27 all employees (other than domestic and agricultural employees, for which alternative provision will be made) are now entitled to a minimum wage of $2 549,74.

The new law, however, provides for employers who cannot not afford the minimum wage to apply for an exemption.

“An establishment, or employer may apply to the appropriate National Employment Council for exemption from paying the minimum wage stating the reasons why the application should be considered.

“Where the establishment/ employer is not regulated by an Employment Council, applications shall be made to the Minister of Public Service, Labour and Social Welfare,” reads part of SI 81 of 2020.

The new regulations also stipulate that “exemptions must only be granted on the basis that the establishment/ employer provides non-monetary benefits of a quantifiable value to its employees”.

The minister may, however, on grounds of public policy, object to the request for exemption, reads part of SI 81 of 2020.

ZCTU president Peter Mutasa, however, said the new regulations were gazetted at a time negotiations were still taking place and also at a time focus was on fighting the impact of Covid-19 on both businesses and employees.

He said Labour will respond once the 21-day lockdown period is over and the impact of Covid-19 is dealt with. The ZCTU president said the minimum wage is awfully inadequate.

“Using the consumer council basket, and the prices that were obtaining three weeks back, the minimum wage should be $10 850.

“We still have a deadlock at the Tripartite Negotiating Forum where Government and labour had somehow agreed on a formula that would have seen the minimum wage being around US$230 and then paid in Zimbabwe dollars after factoring an exchange rate.

He said business was, however, not agreeing to that formula resulting in a dispute.

“The Minister has now unilaterally gazetted that minimum which is less than 50 percent of the poverty datum line, and we are not happy,” said Mr Mutasa.

He, however, said the gazetting of the statutory instrument had come at a time focus is on fighting COVID-19 where labour has limited options as some companies are closed making it difficult to mount a challenge to the newly gazetted minimum wage.

“Amid the Covid-19 pandemic, our focus is on fighting to ensure that workers can keep their jobs, and get risk allowances, and also make sure that those who are on leave during the lockdown get their salaries.”

“We have a bigger problem currently, which is not really money, but health and safety of workers, but soon after we will have to deal with this issue,” Mr Mutasa said.

Meanwhile, business was singing another tune, with Employers’ Confederation of Zimbabwe (Emcoz) president Israel Murefu, saying the minimum wage will  impact negatively for those industrial sectors that cannot afford or are struggling economically.

“While some sectors are able to pass on the cost to their customers there are some that may not be able to do that. These will experience severe hardships from a cost perspective and may need to apply for exemption.

“Our preference would have been for NEC sector negotiated minimums but this did not find favour with the authorities hence the statutory instrument,” said Mr Murefu.

He also questioned the timing of the gazette saying “it was not the best given the advent of the national lockdown, which entails loss of production and revenues which complicates the employers predicament”.

“Time will tell the extent of the impact but it would be good if Government comes up with incentives to assist businesses recover otherwise some may see their demise.” — www.ebusinessweekly.co.zw