Source: Noose tightens on corrupt officials …Govt to forfeit fugitives’ properties …Professor Moyo to be extradited | Sunday Mail (Top Stories) Lincoln Towindo The net is closing on fugitives who fled the country to escape justice as Government intends to invoke the Money Laundering and Proceeds of Crime Amendment Act to forfeit their properties and […] 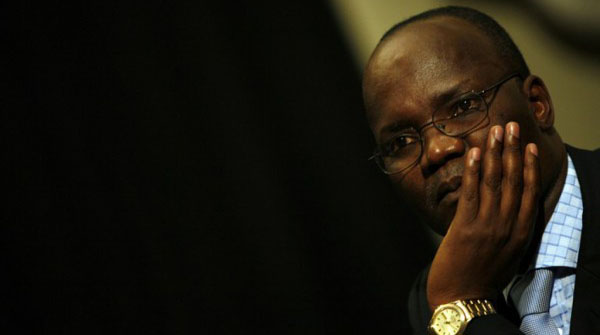 The net is closing on fugitives who fled the country to escape justice as Government intends to invoke the Money Laundering and Proceeds of Crime Amendment Act to forfeit their properties and assets.

Head of the Special Anti-Corruption Unit in the Office of the President and Cabinet (SACU) Mr Tabani Mpofu told The Sunday Mail last week that Government will use every possible avenue to bring criminals to justice.

It is understood that Government is also mulling using diplomatic channels to extradite fugitive former Minister Professor Jonathan Moyo, who is believed to be holed up in Kenya.

He is wanted for a slew of corruption charges stemming from his alleged abuse of millions of dollars from the Zimbabwe Manpower Development Fund.

“We have accused persons who have absconded; we want to look at enforcing the bail conditions,” said Mr Mpofu.

“And where property has been pledged as part of the bail conditions, we will be engaging the necessary procedures to have the property forfeited by the State.

“In addition, we will be looking at all available avenues open to us in terms of the law to proceed against accused persons who have willfully absconded from the jurisdiction of our courts with the view to, where the law permits, forfeit all known property associated with those accused persons to this date.

“Also procedures have commenced using bilateral and multilateral relationships to have the accused persons brought to book.”

Individuals who have been issued with warrants of arrest and have willfully failed to present themselves before the courts risk having their assets forfeited by the State.

The dragnet will not spare high-ranking Government officials who now face the possibility of losing properties they surrendered as surety for bail.

Of late, former Government officials such as Walter Mzembi, Saviour Kasukuwere and Godfrey Gandawa have failed to appear before the courts for various reasons.

The Sunday Mail last week reported that Mzembi has since placed his palatial home on the market amid suspicions that he plans to evade the long arm of the law.

The Money Laundering Act provides for the Asset Forfeiture Unit — which falls under the National Prosecution Authority (NPA) — to seize all assets accumulated through corruption.

Mr Mpofu said SACU is now satisfied with efficiency with which corruption cases are now being processed at the courts.

Most of the accused persons, particularly those who sought to delay their cases, have already exhausted their procedural applications, he said.

“Generally, we are facing a concerted effort by a number of accused persons facing corruption charges to delay or thwart commencement of their trials in court,” he said.

“Since the beginning of the year, basically the accused persons were using due process to delay commencement of trials, but the majority of them exhausted the procedural applications that are open to them for delaying commencement of hearing of evidence in court.

“The result has now seen the number of cases commencing.

“We have examples that include the Chivayo case, which has now taken off and the Hubert Chiwara’s case, which will now see him being cross examined on the 8th of March.”

SACU recently managed to convince the High Court to throw out an application for stay of prosecution by former Home Affairs Minister Ignatius Chombo.

The former Cabinet Minister wanted his charges dropped on a technicality.

Chombo, through his lawyer Lovemore Madhuku, had applied to the High Court pleading for a stay of prosecution, arguing his rights had been infringed by the State after allegedly being detained for more than a week.

SACU’s Ms Venaranda Munyoro argued and won the case after Justice Mathonsi threw out the application on February 20.

Mr Mpofu said the High Court ruling paves the way for Chombo to be put to his defence.

“Venaranda Munyoro of the SACU successfully opposed Chombo’s application to have his criminal case permanently stayed because of his detention during Operation Restore Legacy.

“This was a major victory.

“There are a number of corruption cases against Ignatius Chombo and these will now be set down very shortly before our courts for prosecution,” he said.