The post Of 30-pieces of silver  appeared first on Zimbabwe Situation.

It’s strange what man can do for 30 pieces of silver. Even Judas Iscariot sold out for money. But what has especially come as a shock to me is that I never knew Morgen Komichi would so easily betray principle for trinkets, trappings and 30-pieces of silver.

Source: Of 30-pieces of silver – The Zimbabwean 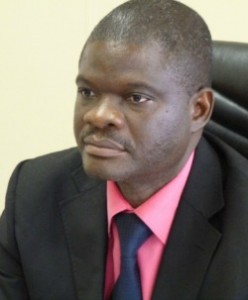 I knew Togarasei Mwonzora’s unstinting love for money and trinkets could take him to Hell and back, even make him do unimaginable things to his own mother. But Morgen Komichi?

For Mwonzora, we knew he could do anything for money. This explains the lack of paper trail and money trail, and other famed shenanigans under his administration during his tenure as secretary-general of the party. For Douglas, we all knew he was always the human embodiment of the toxic concoction of unbridled ambition and the unprincipled pursuit of the dollar. After all, Is he not the man whom we read in the press that he had helped himself to trust funds held by his law firm? Maybe it was because of a shared and common history around trust funds that we all saw him alongside Lovemore Madhuku soon after the delivery of the infamous locked-down, Covid-19 Supreme Court judgment handed down early this week!

But Morgen Komichi betrayed my mortal, human judgment. I always presumed him to be better than that, notwithstanding his unwavering faith in prophets and n’angas. For me, he had always been a man of unstinting loyalty and principled service to the democratic struggle, the godfather of the party’s peaceful and non-violent democratic resistance campaign. Komichi is the man with whom I spent three months in the D-class section of a notorious prison after several days of brutal assaults and torture. That is why in the National Standing Committee meeting of 10 March 2020, the majority of us were prepared to give him the benefit of the doubt. After what he has gone through in this struggle, it was always difficult to believe Komichi would fall for Zanu PF trinkets. Maybe they are right when they say every man has a price! We all saw Komichi reading a prepared script outside court, which statement contained aspects contained in the full judgement—in the process betraying the fact that the Khupe cabal was an extension of Zanu PF and was privy to the contents of the judgement well before it was delivered.

But this was the same Komichi, who with President Nelson Chamisa spent long hours at a lodge waiting for Thoko-Zanu Kupe as she stood them up when they sought to engage her to abandon her treacherous path!

Komichi’s only frailty that I ever knew was that of ambition which had taken him to many prophets and n’angas. Even well before our Congress in 2019, he was so desperate to be Vice President and sulked when the late icon Morgan Tsvangirai passed him over for Elias Mudzuri and Nelson Chamisa for appointment to the position. On a fateful morning in 2016, some minutes just before the announcement at a press conference of his VP appointments at his house in Highlands, the late Morgan Tsvangirai told Jameson Timba and me that Komichi had come to complain why he was being passed over for appointment to the Vice Presidency: “He was here—and he slumped in that couch over there, dripping in tears and sulking: complaining that for all his loyalty, I was passing him over.

I told him that if loyalty was my only factor of consideration, it would have been a very difficult choice as there are millions out there who have always been loyal to me since I began this political journey,” President Tsvangirai told us then. Both Mwonzora and Komichi, in the last meeting of the party’s National Standing Committee last month, denied they were part of Zanu PF’s judiciary shenanigans. I remember Professor Ncube, like the biblical oracle, ominously telling the two of them in the meeting on 10 March 2020: “We shall see where you will be standing on Judgment Day .” And indeed, we saw them standing inside Khupe’s skirts on the day the highly political judgement was delivered. Komichi even shot a video of himself soon after that meeting, vehemently denying all the allegations against him and of being complicit with Zanu PF. What pretence! Well, fate is a capricious woman. What has astounded the nation is the extent to which Zanu PF is prepared to go in a vain attempt to remove Chamisa not only from the Presidency of the party but from the national political chessboard altogether.

Indeed, early this week we saw the regime mounting yet another coup, this time using the courts, to foist a pliable leader at the helm of the people’s project. Hell No! The people will boisterously resist any such political drivel. They may mount their coups in Zanu PF but the people will unstintingly stand with their chosen leaders in the national democratic project. This judiciary-instigated coup will fail. No amount of police around MRT House will dent the people’s faith in their chosen leaders. They have reposed their faith and trust in these leaders and that is why they braved the chilly weather in Gweru to make their choice. We say no to puppet leaders foisted by a judiciary that is captive to a repressive, murderous regime. The timing of the judgment said it all. It turned out to be an unmasked and unsanitized Covid-19 judgement that will dismally fail to lock down the people’s resolve to remove this regime, by whatever means necessary.

If ever there was any call for action, this is it. We declared 2020 the year of Action and Zanu PF is doing all it can to stampede us into it, even amidst this Covid-19 global calamity. If ever there was any call for the people to flood the streets and every open space to defend their sovereign right to choose their leaders, then this is it. This is a Zanu PF-inspired call to action. As Morgan Tsvangirai would say: If you repress and compress anything for too long, there is likely to be a rebound. It’s only a matter of time. Let this health pandemic subside, then we will see what happens. Everywhere across the country, there is a sonorous No to yet another coup by this murderous cabal that now has its bloody tentacles strewn over all arms of the State. When the time comes, as it certainly will this year, even the scarf will be grossly inadequate as a place for succour and asylum.

Luke Tamborinyoka is the Deputy National Spokesperson of the MDC

The post Of 30-pieces of silver  appeared first on Zimbabwe Situation.