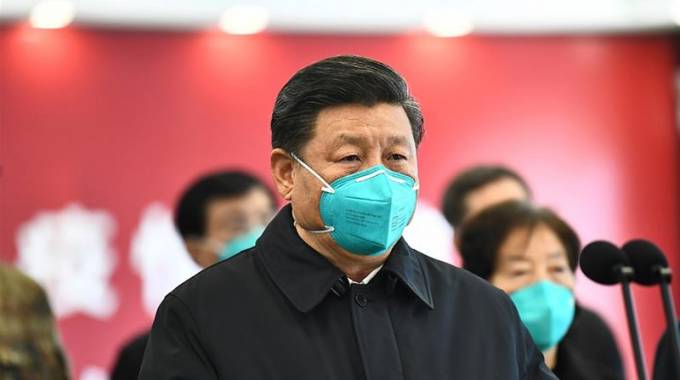 Envoys accredited to Harare conveyed goodwill wishes to Zimbabwe for reaching the milestone.

As cordial relations between Harare and Beijing continue to deepen, President Xi said he attached “great importance” to his country’s relations with Zimbabwe.

“On the occasion of the 40th anniversary of the establishment of diplomatic relations between the People’s Republic of China and the Republic of Zimbabwe, I wish to extend, on behalf of the Chinese government and the Chinese people and in my own name, to you, and through you, to the brotherly Zimbabwean Government and people, my warmest congratulations and best wishes,” he said.

“Over the past 40 years, China and Zimbabwe have enjoyed consistent mutual trust and support. Our bilateral relationship has withstood the test of time and the vicissitudes of the international situation.

“In recent years, we have met several times and made the milestone decision to establish and develop China-Zimbabwe Comprehensive Strategic Partnerships of Cooperation. Our leadership has translated into impressive progress in our bilateral relations and cooperation in various fields, bringing tangible results to our two countries and two peoples.

“I attach great importance to the development of China-Zimbabwe relationship, which is embracing a great opportunity brought about by its 40th anniversary.”

China has been one of the country’s major economic partners, it is presently bankrolling mega projects such as the expansion of Hwange Power Station through the construction of Unit 7 and Unit 8.

It is also financing the New Parliament building, Kariba South power plant and the Robert Gabriel Mugabe International Airport expansion, among others.

President Xi said China was committed to funding more projects in Zimbabwe under the world second-largest economy’s Belt and Road Initiative (BRI), as well as the Forum for China-Africa Cooperation (Focac)

In an interview with The Sunday Mail, Dean of the Diplomatic Corps, Ambassador Mwampanga Mwana Nanga, commended Zimbabwe for upholding peace in the past four decades.

“I am glad that Zimbabwe is a peaceful country that upholds true values of its Independence. It is encouraging that although the world has been affected by Covid-19, the people of Zimbabwe have remained united and peaceful,” he said.

“I wish Zimbabwe success in its Vision 2030 and I believe that if you show the same unity of purpose that you achieved during the fight for Independence, you will reach your promised destination.

“Zimbabwe is strategically positioned at the centre of Sadc, so it is an important country in the Sadc region and the whole of Africa as well as to the rest of the world.”

United Nations Resident Coordinator Ms Maria Ribeiro tweeted: “Saluting all #Zimbabweans for 40th anniversary of Independence. @UNZimbabwe remains at the side of all #Zimbabweans supporting development and #SDGs and humanitarian assistance. #Covid-19. Stay at home and keep safe! A time for caring and global and national solidarity. #ZimAt40.”

“We wish all Zimbabweans a happy 40th Independence Day! Not easy to celebrate under these conditions and #Covid-19 crisis: important to stay #sociallydistanced where we can. UK stepping up help to people of Zimbabwe at this time: amazing country with huge potential and wonderful people,” she wrote on the microblogging site.

On its official Twitter page, the United States Embassy in Harare said: “Congratulations to Zim on 40 years of Independence. The US was the first country to establish an embassy in Zimbabwe. America provided US$2 million to rehabilitate clinics that day. We have given over US$3,2 billion in aid since. We continue to support health, human rights and democracy.”

The Embassy of Spain in Harare also congratulated Zimbabwe.

“May the next 40 years bring peace, health and prosperity to your wonderful country,” it said.

The European Union embassy in Harare similarly conveyed its message through Twitter.