Source: Presidential pardon discriminatory – NewsDay Zimbabwe A PRESIDENTIAL pardon is a withdrawal of a sentence for a class of persons by the President under the prerogative of mercy. The decision by President Emmerson Mnangagwa to pardon and decongest prisons amid the COVID-19 pandemic is praiseworthy. The presidential amnesty was granted through Clemency Order No […] 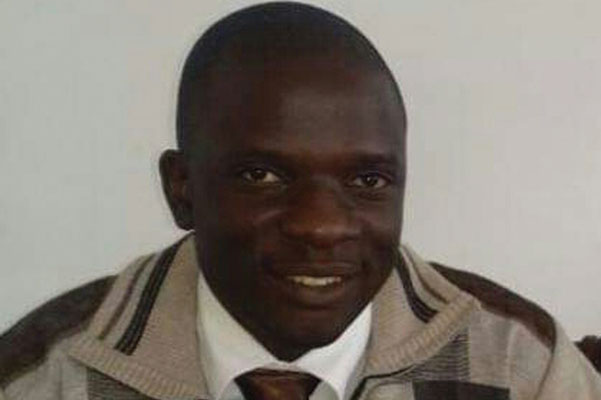 A PRESIDENTIAL pardon is a withdrawal of a sentence for a class of persons by the President under the prerogative of mercy. The decision by President Emmerson Mnangagwa to pardon and decongest prisons amid the COVID-19 pandemic is praiseworthy. The presidential amnesty was granted through Clemency Order No 1 of 2020 published by the Government gazette on March 27, 2020. For the purpose of this piece, I will refer to it as the clemency order.

That we have an egalitarian Constitution in Zimbabwe is a fact. This editorial attempts to show how a blanket pardon for female prisoners is discriminatory. It thereafter briefly outlines the other classes of prisoners who benefited from the recent presidential pardon.

Generally, a presidential pardon does not benefit persons convicted for ‘specified offences’.

Prisoners who have previously been released on amnesty, those with a record of escaping from lawful custody and those serving a sentence imposed by a court martial did not benefit from the clemency order. A court martial is a military court convened to try military personnel.

Remission of sentence for all female prisoners

The clemency order commanded the release of all convicted female prisoners who had served at least half of their sentences by March 27, 2020. Women convicted for committing specified offences were, however, excluded from the pardon. Whilst it is accepted that no decision is made in a vacuum, there appear to be no legal justification for favoring women over men.

Some may argue that section 56(6) of the Constitution obligates the government to take measures to advance classes of people who have been disadvantaged by unfair discrimination. The women’s electoral quota system for instance is fair, reasonable and justifiable because women have been disadvantaged in so far as politics and leadership is concerned.

Have women been disadvantaged by unfair discrimination in so far as amnesty/pardon is concerned?

The Constitutional Court of South Africa dealt with an analogous subject in President of SA and another versus Hugo. The case involved a decision by then President Nelson Mandela to pardon all imprisoned mothers who had children under the age of 12 years.

Philip Hugo, an imprisoned single father who had an 11-year-old child took the matter to court alleging that he had been unfairly discriminated. The Supreme Court ruled in Hugo’s favour and the President appealed. The Constitutional Court overturned the Supreme Court’s judgment. Two of the eleven ConCourt judges, however, concluded that the discrimination was unfair and therefore unconstitutional.

The presidential pardon which was the subject of Hugo case is distinguishable from clemency order 1 of 2020.

Think of a hypothetical case of a woman (Mary) who hires John to accompany her to C’s house. Upon arrival John is fraudulently introduced as Mary’s husband. Mary borrows US$ 5 000 from C on the misrepresentation that she would return the money after his ‘husband’ sells “their’ car. Seeing John’s car, C is convinced to give Mary the US$5 000. Mary and John are later convicted for committing fraud and sentenced to serve 40 months imprisonment.

In terms of paragraph 2 of the clemency order, Mary would be released from prison. Such a benefit of the law would not be available for John. There seems to be no reasonable justification for favouring Mary over John, a blanket approach to pardon all convicted women sounds unconstitutional. Though made in good faith, I opine that the clemency order in particular its paragraph 2 was unfairly discriminatory.

All prisoners who had been ‘bed-ridden for a prolonged period without recovery’ were released. The clemency order did not however specify what a prolonged period is. The recent presidential saw all persons below the age of 18 and those above 70 years who had served half of their sentences going home.

Those who were convicted for committed rape, murder or other specified offences remained behind bars.

The clemency order also granted full remission of sentences to all prisoners that were serving a term of imprisonment at the open prison regardless of offences committed. There was also full remission of the remaining period of imprisonment to all prisoners who were serving effective 36 months and below. Only those who had served half of their sentence by March 27, 2020 were eligible to go home.

Whilst the decision to decongest prisons through amnesty in the wake of the COVID-19 pandemic is commendable, full remission of sentences for all female prisoners is arguably discriminatory and unconstitutional. If females who had served half of their sentences were allowed to go home, why should their male counterparts remain behind bars?