There is growing desperation and precious little hope of observing physical distancing, says Crecey Kuyedzwa. Source: SPECIAL FEATURE | Inside Zimbabwe’s lockdown | Fin24 Where bread is retailing at Z$40, up from Z$30 the previous day; where there hasn’t been water for months and there’s sporadic access to borehole water; where neighbourhoods have no power […] 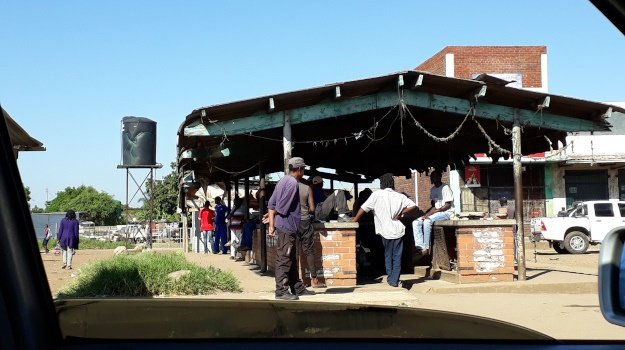 Where bread is retailing at Z$40, up from Z$30 the previous day; where there hasn’t been water for months and there’s sporadic access to borehole water; where neighbourhoods have no power and must queue for gas; there is growing desperation and precious little hope of observing physical distancing, says Crecey Kuyedzwa, Fin24’s correspondent in Zimbabwe.

Like many countries across the globe, Zimbabwe started its 21-day total lockdown on Monday 30 March 2020.

The lockdown is meant to prevent the spread of the coronavirus pandemic, which is wreaking havoc across the world. Lives have been lost and economies are crumbling.

Before the lockdown, Zimbabwe had seven confirmed cases of Covid-19, including one fatality, but authorities felt it prudent to declare the country was on lockdown.

“I want all of you to act as if you already have the virus,” President Emmerson Mnangagwa said in his address to the nation on Monday evening.

He said the lockdown was an opportunity to save lives “by staying at home. By washing your hands and by keeping at least two metres’ distance from one another.”

Companies were asked to close, except those that were considered essential.

Private passenger transporters were also ordered off the roads, with the state-owned Zimbabwe United Passenger Company (ZUPCO) being the only one allowed to continue operating.

The luxury of distancing

While all this was done in order to maximise the impact of social distancing, it has only managed to stop people from engaging in their various economic activities both in the suburbs and in the Harare CBD, where streets are now empty.

Law enforcement officers are not as visible as we expected, and on the few occasions they are seen, they are packed in a lorry, more than 50 in a 35-tonne truck, with no face masks. A bad example for practising social distancing – or physical distancing, as some prefer to call it.

Physical distancing has also proved to be a luxury for those in low-income, high-density suburbs.

On day two, people were still moving freely, only avoiding the main roads. At the local grocery shopping area in Glen View 1, 20km south west of Harare CBD, small groups of men were sitting enjoying their beer, sharing opaque beer even, oblivious of what this might do to their health if one of them were positive for the virus.

No power, a hunt for gas

On Saturday, after hearing that that a 21-day lockdown lay ahead, I set out to buy gas, as we were left with four days’ worth of supplies.

My neighbourhood and many others have not been connected to the power grid, 10 years after establishment.

The power utility, ZESA, does not have the required resources like cables and transformers, and – to a large extent – power itself.

Under normal circumstances, however, this would still only take me a couple of minutes, but on this day the queue for gas tanks was snaked for metres upon metres, and I had to spend six hours waiting for gas. Social distancing was a luxury.

Only one lady had a face mask. I had with me a small bottle of sanitiser, which I would apply every time we took turns to move the gas tanks, but as the day progressed, I abandoned its use. It was just not convenient at the time.

There’s toilet paper, but no one can afford it

Although we had stocked up on food the previous week, there were a few items we still needed. While government had assured the nation that grocery retailers would be open during the lockdown, one can never be 100% sure.

So on Sunday, we set out to get some food items, only to be greeted by an unpleasantly long queue. Again, physical distancing was a vain hope. While the outlet was letting in a few people at a time, outside customers were not leaving even a centimetre between them, as they pushed and shoved.

Inside the shop, it was evident supplies were running low. Some shelves were empty. We failed to get some basic necessities. Other products saw price hikes.

As for tissues and toilet paper? Unlike in other countries, it’s a product that is abundant in Zimbabwe. Hyperinflation has pushed the price toilet paper beyond the reach of many. Bread was now retailing at Z$40 up from Z$30 the previous day. But people still queued without keeping any distance.

It was the same today as I went out in preparation to write this article.

People still queued to get some cooking gas. For two days, several neighbourhoods have not had power, forcing people to look for gas as an alternative, but it is also not readily available.

By 08:00hrs on Tuesday, the gas queue at one of the outlets was long and winding, with the place yet to open.

Another queue, as long as 50 metres, had also formed at grocery retail outlet that was yet to open.

As a result, physical distancing was practically impossible. People shoved and jostled to keep their position in the queue. Some shouted at each other, risking drops of saliva.

Of the hundreds in the queue, not even one had a face mask.

As I drove back home, I passed through a community borehole, where a line was slowly forming. The neighbourhood has not had water for months and every day, residents come out to fetch water, and help each other pump it up. There is no sight of face masks or handy sanitisers, not in the ghetto.

The lockdown has only managed to stop economic activities, but social gatherings are inevitable.

Only hope and prayer can save Zimbabwe from Covid-19.