Source: State to attach Kasukuwere’s house | Daily News The State is seeking an order to forfeit ex-Cabinet minister Saviour Kasukuwere’s Nyanga property that is held as surety because he has absconded trial on corruption charges. The property, valued at $250 000 together with title deeds, were surrendered to the court as part of bail […] 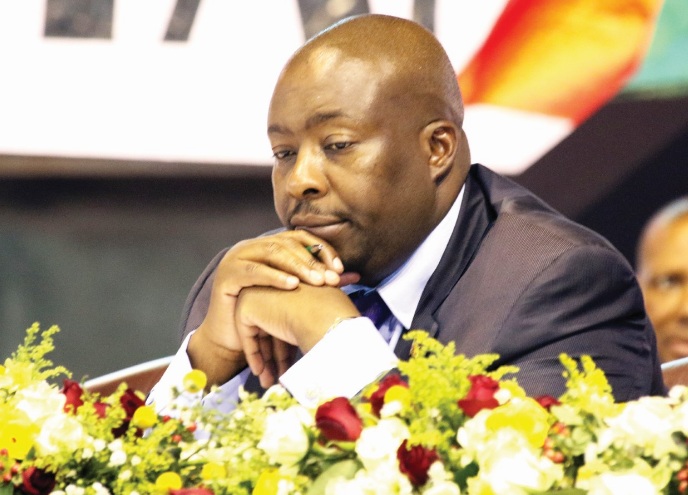 The State is seeking an order to forfeit ex-Cabinet minister Saviour Kasukuwere’s Nyanga property that is held as surety because he has absconded trial on corruption charges.

The property, valued at $250 000 together with title deeds, were surrendered to the court as part of bail conditions given to the former Zanu PF national political commissar during his initial court appearance.

The 48-year-old politician, who is accused of corruptly awarding tenders and illegally parcelling out land during his tenure as minister of Local Government, was issued with a warrant of arrest by Harare regional magistrate Hosea Mujaya on January 17 after failing to pitch up for trial.

His lawyers Charles Chinyama and Thembinkosi Magwaliba then advised the court through a letter that Kasukuwere was absent because he had to make weekly visits to his doctor in South Africa.

Zivanai Macharaga of the Anti-Corruption Unit housed in President Emmerson Mnangagwa’s office yesterday made the application for forfeiture of the holiday home, arguing there was nothing immobilising Kasukuwere from making weekly visits to the court for his trial.

“The application is in terms of section 133 which provides that the court can order, if satisfied that there is default, for forfeiture of an accused person’s bail.  I would have preferred not having the defence in court since they are representing a fugitive because a fugitive cannot have audience in court.

“It is a matter of fact that on January 17, the accused person failed to appear in court immediately after the High Court had dismissed an urgent chamber application that he had filed there. He is fully aware that his trail must commence.

“What is clear is that the accused person is not detained in any hospital…now is there anything that stops him from appearing in court between the days that he will not be visiting the doctor.”
In the event that the order is granted, Macharaga said the State would dispose of Kasukuwere’s holiday home within 90 days to give him a chance to avail himself and justify his absence.

“…that will make the accused person make an effort to appear in court because I know he is not sick.”
Magwaliba in his objection said Macharaga had applied the wrong law, making his application for the foreclosure of the home “fatally defective.”

“What is evident is that no evidence has been led in terms of the condition of the accused person.
“The application which the court has heard is in terms of section 13 and not section 119 which gives the prosecution power to apply for forfeiture,” Magwaliba argued.

“Section 119 (1) provides that the prosecutor must first give notice, of which none has been given.
“It requires that the accused person be called three times, then apply for issuance of a warrant of arrest combined with forfeiture which the State should have done on January 17.

“No application can be made on the same facts twice and it is not competent for the court to issue an order which is sought.”
Mujaya interjected and showed the legal practitioners that his order issued on January 17 indicated that the issue of forfeiture of bail was stood over.

The senior magistrate will deliver his ruling today.
Allegations against Kasukuwere are that in 2012 the government ran an indigenisation programme that required negotiating with foreign-based companies such as Unki Mine, Zimbabwe Platinum Mines, Mimosa Mining Company and required brokering services.
The court heard that Kasukuwere was minister of Indegenisation then and presided over a meeting that appointed George Manyere’s Brainworks (Pvt) Ltd to do the brokering services and financial advisory to government.

Kasukuwere reportedly flouted tender procedures in appointing Manyere’s company contrary to his duties as the minister.
In another charge, it  is alleged that between February 2016 and March 2017, Kasukuwere directed allocation of three pieces of land to former first lady Grace Mugabe’s sister Shuvai Gumbochuma for development into residential stands.

The court heard that in 2015, Gumbochuma had applied for land to former minister Ignatius Chombo’s office but had failed to raise $424 426 which was the purchase price.
However, the court heard, Gumbochuma did not have the capacity to pay the amount nor develop the land and created a company called Scanlen (Pvt) Ltd as an alleged means to further her fraudulent plans.

Between August and October 2017, Gumbochuma allegedly sold the land to N-Frays for $2 060 000 without paying for the land.
The court heard that N-Frays then paid the intrinsic land value to the ministry and gave the balance to Gumbochuma.

According to the State, Gumbochuma erred by distorting the value of State land from $424 426 to an inflated value of $2 060 000.
Using the same modus operandi, Gumbochuma allegedly misrepresented that Rodonior (Pvt) Ltd was a registered company knowing that it was not.
She reportedly applied for land under that company and was allocated 150 hectares in Good Hope.