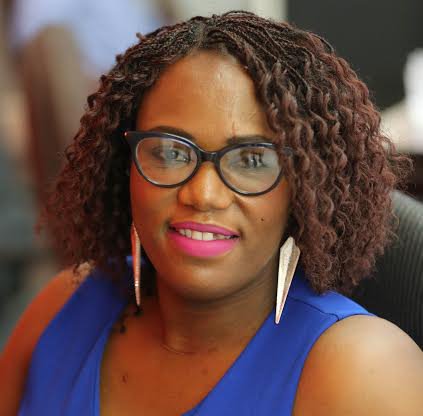 ZIMBABWEANS woke up on Monday to shocking, but not surprising news reports, that Zanu PF might be contemplating amending the country’s constitution to remove the presidential term limits.

Zanu PF secretary for administration Obert Mpofu told a party’s youth convention in Kadoma last week that the ruling party would leverage on its two-thirds majority in parliament to amend the constitution.

“Mr President, you can go beyond 2028 if you so wish because the issue of law can be taken care of in parliament,” Mpofu said.In response, President Emmerson Mnangagwa declared that nothing would stop his party from making such constitutional amendments.

“We can change the laws … there is nothing that we want that cannot be done because we command two-thirds majority in Parliament,” Mnangagwa said.

What is worrying is that this is not the first time we are hearing of this. In June last year, Mnangagwa told captains of industry at the Buy Zimbabwe conference in Gweru that he would still be the president in 2030.

“I chose 2030 (for the economic blueprint) and it’s not a magic year, but I believe I will still be there,” he said.We should take these statements seriously and make sure that the country does not regress to the period when there were no presidential term limits, which was the reason why former president Robert Mugabe stayed in power for 37 years.

The adoption of the new constitution in a referendum in 2013 was seen as progressive. The constitution tries to hold the president firmly accountable to the people and limits his powers. The president can serve a maximum term limit of 10 years.

It seems the ruling party never learns. Just two years ago, Mugabe was removed in a military coup after he overstayed in power. His forced resignation on November 21 showed what can happen when a long-time leader refuses to bow out gracefully.

The abrogation of term limits undermines accountability, increases power in the hands of one or a few individuals and undermines constitutionalism.
It also undermines trust and is against the letter and spirit of the original constitution.

Mnangagwa must not, like Mugabe, surround himself with a coterie of sycophants, who come with these hare-brained suggestions. This will be a grave mistake.

These people are only doing this so that they can continue to have unfettered access to the feeding trough at the expense of the majority of Zimbabweans who continue to wallow in poverty.

As Brian Kagoro once wrote: “In the end, it is not longevity, not brevity, but legitimacy and capacity to address national questions as well as knowing when to stop when you have finished.”

Zanu PF must also draw lessons from examples of attempted third termers, some of whom fell from grace. These include Burkina Faso’s Blaise Compaoré, Guinea’s Alpha Conde and Sudan’s Omar Hassan Ahmad al-Bashir. The consequences in most of the cases were disastrous, leading to state dysfunctionality, citizens’ revolt, economic meltdown and social discohesion.

In Burkina Faso, Compaore’s bid led to protests on October 30, 2014 which opposition politicians described as “Burkina Faso’s black spring, like the Arab spring”.

On October 31, Compaoré announced he had left the presidency and that there was a “power vacuum”. He later fled to Ivory Coast with the support of President Alassane Outtara. Obasanjo was embroiled in controversy regarding his “Third Term Agenda”, a plan to modify the constitution so he could serve a third, four-year term as president. This led to a political media uproar in Nigeria and the Bill was not ratified by the National Assembly. Consequently, Obasanjo stepped down after the April 2007 general election.

Al-Bashir in December 2018 came close to another term in office after a majority of lawmakers backed a constitutional amendment to extend term limits that would have required him to step down in 2020. On April 11 2019, al-Bashir was removed from his post by the Sudanese Armed Forces after several months of protests and civil uprisings.