With the novel coronavirus COVID-19 having reached the African continent, countries are getting ready to manage the spread of the virus and ensure that their fragile health systems can cope. Images from China and Europe give many reasons for concern. Source: The cost of coronavirus in Africa: What measures can leaders take? – The Zimbabwean […]

The post The cost of coronavirus in Africa: What measures can leaders take?  appeared first on Zimbabwe Situation.

With the novel coronavirus COVID-19 having reached the African continent, countries are getting ready to manage the spread of the virus and ensure that their fragile health systems can cope. Images from China and Europe give many reasons for concern.

Source: The cost of coronavirus in Africa: What measures can leaders take? – The Zimbabwean 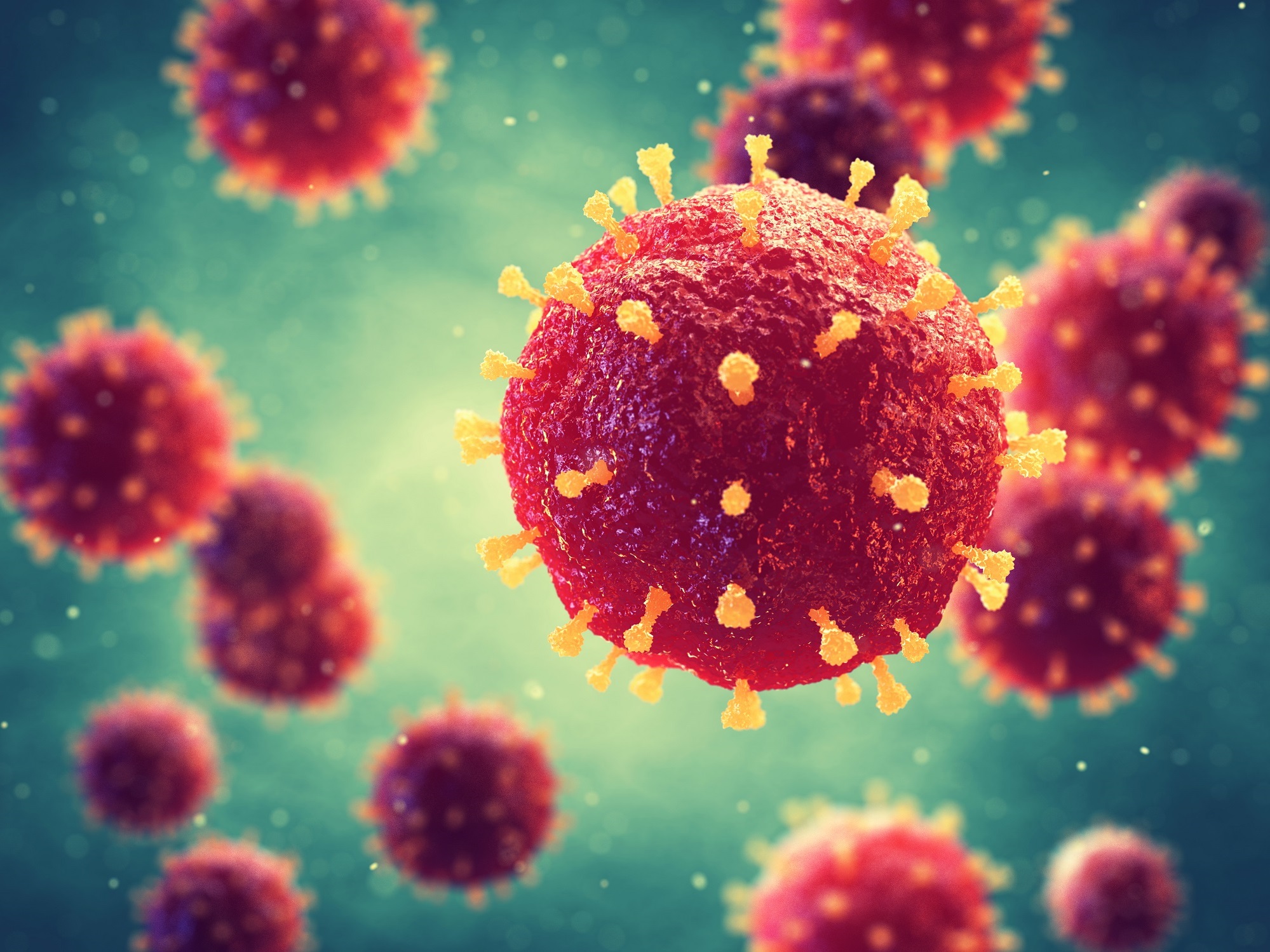 In addition to the health challenges posed by COVID-19, Africa is already feeling the effect on its economies. With industries shutting down in Asia, America and Europe demand for raw materials and commodities is declining, but it is also hampering Africa’s access to industrial components and manufactured goods (including medical equipment).

Initial actions in Africa have focused on slowing viral contagion with measures, including the closing of borders. These actions come as the continent has been making bold moves to increase economic integration, with African Union officials recently swearing in the first-ever Secretary-General of the newly created Secretariat of the African Free Continental Free Trade Agreement. The coronavirus could represent a risk for the continental project but leaders could also turn it into an opportunity for stronger collaboration if certain policies are fast-tracked. Quick gains could be achieved by consolidating the regional integration initiatives they are already implementing.

The closing of borders, for instance, can send a very different signal depending on how governments do it. Where leaders of neighbouring nations close borders together, as those of Portugal and Spain have done, it is a symbol of partnership in the fight against a pandemic. Reducing flows of people while keeping borders open for goods signals continued faith in the importance of economic activities and trade in providing the goods people need to continue their daily lives. In Africa, such collaboration will be crucial, especially for the continent’s sixteen landlocked countries

The crisis may also provide African leaders with an opportunity to look at regional value chains differently. Reliable regional supply chains characterize North America, Asia and Europe. In Africa, however, integration in international markets mostly entails integration in global, not regional, value chains – with Africa providing the raw products for processing elsewhere around the world.

Opportunities for creating regional value chains exist, notably for making motor vehicles or in aerospace activities in Northern Africa. But designing regional strategies may mean agreeing on which component of the value chain is produced where, and can involve trade-offs that policymakers do not always find it easy to make.

But the exceptional nature of the pandemic could provide fertile ground for regional collaboration by policymakers in the fields of pharmaceuticals, disinfectants, diagnostic testing equipment or protective garments. Such decisions will have to be taken and implemented very rapidly.

African leaders can also act in unison in the fight against the economic consequences of the pandemic. Nobody knows how much the pandemic will affect global GDP, but any impact is sure to be significant. Estimated losses in GDP growth for the world as a whole – but also for Africa as a region – currently hover around between 1.5 and 2 percentage points. Those figures are most likely to be revised to include even greater losses.

The travel industry has been the first to be impacted. Airlines around the world are struggling, and tourism has been hit hard. The blow will not go unnoticed in African countries like Tunisia, Egypt and Kenya – where tourism represents around 14%, 11% and 10% of GDP respectively. For underperforming regional airlines, this could spell disaster.

Shutdowns in China and Europe, notably in the apparel, machinery and footwear subsectors, will significantly hit global supply chains – with consequences for Africa. Traditionally reliable sectors in Africa – like the cut flower industry – could also take a pummeling.

In countries that impose lockdowns, large parts of the services sectors are likely to suffer dire outcomes. The hospitality, sports and recreation sectors, and large parts of retailing, are among those most affected by partial or full lockdowns.

The drastic drop in oil prices – triggered by events independent of the coronavirus pandemic but now reinforced by the negative demand resulting from it – is set to compound these economic shocks. Oil exporters like Nigeria will see their revenues shrink.

Faced with this outlook, African policymakers may want to ask themselves how long businesses in their countries can survive in the absence of or with significantly reduced revenues and what the scale of job losses may be. For many micro, small and medium-sized enterprises (MSMEs), with fewer assets to ride out the storm, the survival rate may only be counted in weeks. That is why small businesses, more than larger businesses, will tend to go out of business or cripple their capacity to be competitive.

Yet, because MSMEs employ around 70% of the workforce in most countries, shedding workers will only aggravate the economic downturn brought on by the pandemic.

Knowing how small businesses act as a lynchpin connecting the pandemic to a broader economic recession, governments around the world have scrambled to reduce the operational stresses on them. They have introduced policies meant to help MSMEs cope with short-term financial risks and long-term business implications. This will, it is hoped, reduce layoffs, prevent bankruptcy, encourage investment and help economies get back on their feet as soon as possible. These measures include concessional financing; tax reductions and grants; employment incentives; technical assistance; and indirect measures.

Low-interest loans and other concessional financing, aimed at easing short-term liquidity issues, have been among the most popular policy measures announced to date. But the experience of the 1970s oil price shock shows that this can have a limited impact in the supply-shock, low-interest rate environments that exist today. Instead, the most effective way to prevent bankruptcies may be measures aimed at reducing costs for MSMEs – such as tax breaks. Investment in digital trade and investment facilitation must also continue – countries with such facilitating policies will be first off the mark in the post-crisis period.

All of these measures require funding. Countries with fiscal space will find it easier to introduce them than those without it. Unfortunately, global debt levels have continued to increase after the financial crisis over a decade ago. Though the bulk of global debt is held by the industrialized world, its increase has been more important in the developing world over the past decade. Concerted action among leaders may therefore be necessary in order for efforts to support small and medium sized businesses not to have negative repercussions on financial markets.

History shows us that cross-border collaborations often arise during or after significant crises. The First World War prompted the creation of the International Labour Office; the United Nations was formed in the aftermath of the Second World War. The construction of the European Union was also a reaction to that conflagration.

The African Union has already recognized that Africa will be stronger if countries are more integrated and unified with the birth of the African Continental Free Trade Area. A similarly strong commitment to joint action by leaders on the continent would undoubtedly benefit the fight against the coronavirus pandemic and its economic consequences for Africa.

These actions should include a recommitment to the Sustainable Development Goals, to multilateralism and a pledge to help those that will be most affected by the economic downturn: small businesses, women, young people and vulnerable communities. The International Trade Centre (ITC) with its mandate to build the competitiveness of small businesses in developing countries, emphasizing women-owned businesses and people at the base of the economic pyramid, stands ready to support these efforts.

Dorothy Tembo is the Acting Executive Director of the International Trade Centre, a joint agency of the United Nations and the World Trade Organization

The post The cost of coronavirus in Africa: What measures can leaders take?  appeared first on Zimbabwe Situation.