His mother was almost certainly a Bull Terrier, but his father was that most empirical African icon, the Rhodesian Ridgeback. Source: The Dog as a Companion in Life – The Zimbabwean The result, a handsome, medium-sized dog, about two years old with a broad chest, stubby nose and that amazing orange/brown fur coat with a […]

The post The Dog as a Companion in Life  appeared first on Zimbabwe Situation.

His mother was almost certainly a Bull Terrier, but his father was that most empirical African icon, the Rhodesian Ridgeback.

Source: The Dog as a Companion in Life – The Zimbabwean 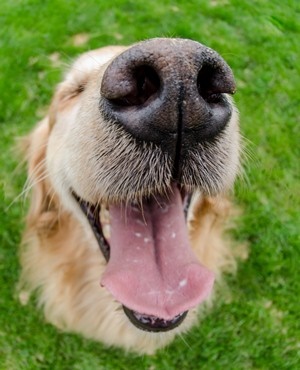 The result, a handsome, medium-sized dog, about two years old with a broad chest, stubby nose and that amazing orange/brown fur coat with a clear Ridgeback twirl on his shoulders. I was 23 years old, engaged and about to leave for duty in the Zhombe District where I was to take up a post as the Land Development Officer. My Fiancé felt I needed a companion and we were looking at a variety of dogs in rows of cages at the local SPCA Pound. He looked utterly miserable.

We learned that he had been adopted as a puppy by a family, raised and loved by two children and then the family had left the Country and simply locked the door and driven away. He had been found several days later, lying on the Porch, hungry and thirsty, taken to the local SPCA as a stray. We said we would take him, as a precaution we took him to a vet who gave him the once over, declared him fit for duty and administered some shots to make sure he did not give me Rabies. When we took him back to his cage, he was utterly devastated.

Early the next day I arrived in my Land Rover to collect him and was instantly recognised and nearly bowled over by an enthusiastic animal. He needed no encouragement – leapt into the vehicle and told me to get moving. We called him Sandy.

I spent the next year working on the settlement of the Zhombe District with people from the Masvingo Province, as a Batchelor I lived in bush camps and travelled to Town only to get groceries and to collect a drum of fuel. The area was wild and encounters with wildlife an everyday experience as we cut roads and drilled boreholes and then helped people make their homes after movement from the areas they had come from which were overcrowded. Sandy was totally at home and became a constant companion.

His instincts were infallible. One morning I got up, opened the door to let Sandy out and in seconds he was back and in the room, the hair on his shoulders up and clearly very disturbed. I went out and soon found out why a Leopard had been in the camp overnight and left his spoor all over the place. While walking a route for a new road with a D8 bulldozer following me, Sandy suddenly moved to behind my legs. It was only then that I saw a large black Mamba, head several feet off the ground, making a run for his den.

It was not so with Elephants, he loved to sit in the wheel well bolted to the engine cover on my vehicle – head up and nose in the air, enjoying being on the move. We encountered a small herd of Elephants, mostly females and calves and I stopped to allow them to pass. Not Sandy, he leapt down and barking took chase. The Elephants, trunks raised and trumpeting, took off in terror into the bush. Sandy would return a few seconds later a satisfied smug look on his face. He knew who to chase and who to hide from, how I do not know.

He was one of the most intelligent animals I have ever known, very protective of me and intensely loyal. If I packed a bag he went onto a total withdrawal. He would lie on the floor and watch my every move. He was always very insecure about me going anywhere without him – memories of his first family and abandonment. Once the signal was given that he could come with me then all was forgiven and joy returned.

On my shopping trips as a Batchelor, I always left Sandy in the Land Rover – usually open to the air with only a canvas cover over the driver’s seat and the rear of the vehicle. He would sit on the front seat and snarl at anyone who came too close. Nobody could walk past the vehicle on the side. We never tested his resolve but also I never lost any groceries or tools or my spare wheels. An overzealous policeman gave me a ticket for parking in Gweru and when I walked into the Police Station to remonstrate with the Officer in Charge, Sandy bit him and I fled, leaving town hurriedly and paying my fine in KweKwe.

Then I got married, Sandy never reconciled to my new status, he had had me on his own for 18 months and we were inseparable. Not only did I get married but I went on honeymoon to South Africa. We put him in a private kennel, better than the SPCA but still, I left behind a very sorrowful companion. But we came back and all was well. Then we packed the Land Rover with stuff and took off to the Gokwe District where I was to continue with resettlement – this time moving the Tonga People away from the Zambezi River basin because it was being flooded by the Kariba Dam.

Sandy could not understand this new arrangement – he had to sit in the back and this woman sat in his seat in the front. Every now and then a wet nose would arrive as he tried to push Jeanette away from me. Eventually, he gave up and went to sleep in the back.

Gokwe was even more wild that Zhombe, it was about 8 million acres of wild, uninhabited country with thousands of Elephant and everything that goes with them. Sandy was in paradise, I often went out for a week at a time – taking Sandy with me and leaving Jeanette at home. Sometimes I would instruct him to stay with her as a companion and for protection and always he accepted. One evening Jeanette rose to hear Sandy growling and snarling outside, she went to see what it was all about and there was Sandy, standing over his bowl of food and facing a ring of curious cattle who had come into the garden in pursuit of something to eat. Sandy was protecting his bowl, if necessary with his life!

I was still building roads and one road led across the Mafungabusi Plateau to the Chinyenyetu escarpment down into the Sanyati Valley. I had a crew cutting a road down an ancient Elephant path to the bottom and found a large troop of baboons at the top. I stopped and was threatened by a large Baboon and shot her with a weapon I always carried, Sandy took after the fleeing troop. My heart sank, a dog is no match for a large male Baboon. I waited for hours and then, with a heavy heart, drove home.

Three days later, I returned to the site at about 9 at night just in case he was somewhere or had been found by the crew on the road. As I drove up there he was in the middle of the road, a big grin on his face, not in any doubt that I would not come back for him, unscathed. I rubbed his head and thought about just what he had been up to for three days in that wild, tough place.

He loved children – of any hue and background. He also loved swimming. On one occasion I had just completed an earth wall dam for a series of villages and it had suddenly filled up overnight after heavy rain. I was worried about the wall and brought an engineer out to the site to see what we could do. The children from the village were throwing sticks into the water for Sandy. My Assistant standing with the Land Rover suddenly shouted “Ngwenya” (crocodile) and brought me my rifle. I walked out into the water and as the crocodile swam past in great excitement, thinking Sandy was breakfast, I shot him across the eyes.

He lived with us for 11 years and after Gokwe had to make do with a much more domestic life than our first 4 years. But he was always there a faithful friend and companion for both of us, someone whom we never had to doubt about whose side he was on. I always felt quite happy leaving Jeanette at home while he was on duty. On his last day I went out to see him before leaving for the Office, he greeted me and then went back to sleep. He died later that morning. I mourned him for many days, still do.

The post The Dog as a Companion in Life  appeared first on Zimbabwe Situation.