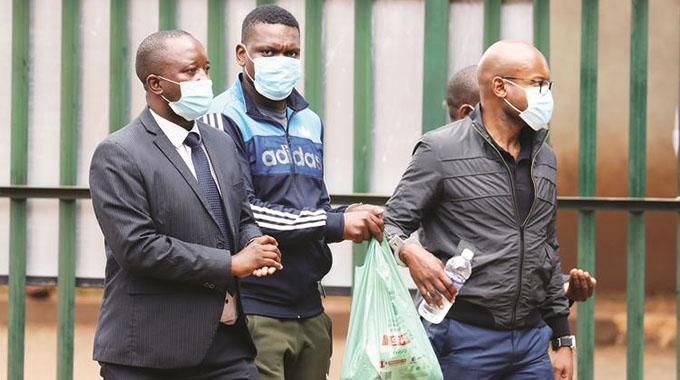 The suspected mastermind behind the $22 million fraud at TM Pick n Pay through its account at Steward Bank, Moses January Banda, has been on police wanted list since 2008 for multiple fraud cases but has continually slipped away although his alleged accomplices, as in the present case, frequently end up in handcuffs and in court.

Police are anxious to interview Banda, and his sidekick Ronald Mudzingwa. Two other alleged accomplices inside TM Pick n Pay, Tonderai Selesio Chagweda (28) and Wellington Jombe (34), who were arrested were brought to court on Thursday. They were granted bail of $50 000 each yesterday.

Chagweda and Jombe were facing fraud charges when they appeared before Harare magistrate Mr Richard Mangosi who granted them bail after finding that there was no risk that they could interfere in investigations.

Details started to emerge during the remand hearing. The court heard that Chagweda and Jombe, working with Ronald Mudzingwa and Moses Banda, created a fake email address raymondmatsetswa@Tm/supermarkets.com to pass themselves off as TM Pick n Pay finance manager Mr Raymond Matsetswa and as Mr Gamuchirai Nyamuzinga, the chief finance officer.

It is alleged that Chagweda and Jombe sent an email to Steward Bank with the needed instruction forms signed with the forged signatures of Mr Matsetswa and Mr Nyamuzinga that ordered Steward to process four payments and debit TM Pick n Pay a total of $22 million.

The bank, listed as the complainant, did not notice the difference between the fake and real email addresses, so authorised and processed the transaction. On March 3, TM Pick n Pay head office disputed some of the transactions on their account and the whole fraud started to unravel.

By 2014, Banda was wanted in connection with over 30 cases of fraud mainly involving cybercrimes with police reckoning he may have hit 50 people since 2008. After duping an unsuspecting victim, Banda allegedly walks, or runs away with amounts ranging between US$20 000 and US$50 000.

Banda has also allegedly conned several people by selling residential stands he does not own.

Armed with fake identity particulars, Banda uses his same tactics and over the past months he has been targeting unsuspecting victims in both South Africa and Zimbabwe, particularly in Matabeleland and Bulawayo provinces.

In one case in 2016, businessman Tendai Ishe Taruvinga, who is into commodity broking, was reportedly duped of nearly US$100 000 by suspected con-artists, including Banda in a botched stationery deal.

Taruvinga, who runs Razar Communications, was looking for stationery, spices and gases from off-shore companies and was referred to Farai Mashiri, allegedly alias Moses Banda, who said he was based in South Africa and so Taruvinga said he would pay in South Africa.

Mashiri, or Banda as he is now believed to be and who was still at large, is said to have told Taruvinga that he could deliver the other wanted goods to Zimbabwe from South Africa and referred him to one of the accomplices for the detailed work.

In another case in March 2017, Banda was among the suspects who duped Bulawayo businessman Makomborero Chikomo of over US$39 800 in a suspected botched maize import deal involving two alleged fraudsters who misrepresented that they could help him secure bulk maize supplies from South Africa for resale back home while using the name Anthony Moses Banda.

This was heard by Bulawayo magistrate Tinashe Tashaya when one of the suspects, Takunda Michael Mahati, appeared in court facing a fraud allegation. He had been the alleged bagman collecting the cash from Chikomo

Banda then allegedly laid down some smoke by calling Chikomo and told him that he smelt a rat as Mahati was no longer answering his mobile phone but police suspect they met and shared the loot before Mahati was arrested at his house in Harare, but only after he had bought a VW Golf in Mussina and registered it in his name.