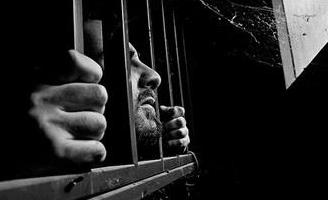 Harare regional magistrate Jesse Kufa convicted Sibanda of attempted murder charges and sentenced him to four years before suspending one year on condition of good behaviour.

The complainant was Stella Ruswa, a police officer, who was recently attached to the prosecution department at the Harare Magistrate’s Courts.

Sibanda pleaded with the court to consider that he was a married man with five children and his ailing mother who depends on him.

Kufa considered Sibanda’s personal circumstances but noted there was need to curb incidences of domestic violence cases on the rise.

“Attempted murder is a serious offence and the accused person used a lethal weapon which is boiling water to assault the complainant. The medical expert who testified during trial said there was high likelihood that the complainant will sustain a conjecture neck and keloids,” Kufa said.

“This offence also borders on domestic violence and the accused person was having an adulterous relationship with the complainant in violation of moral and legal standards considering he is a married man. Human life is sacred and offences of this nature can result in bad consequences leading to death.”

Prosecutor Chipo Matambo proved on June 8, last year Sibanda visited Ruswa’s residence and realised that she had not prepared supper.

There was a pot with boiling water on the stove and Sibanda confronted Ruswa about the issue. Ruswa told Sibanda that there was no relish to prepare the meal and this did not go down well with him.

A misunderstanding ensued between the two and Sibanda reached for the boiling water and poured it over Ruswa.

She sustained severe burns and was admitted at West End Hospital for 11 days.