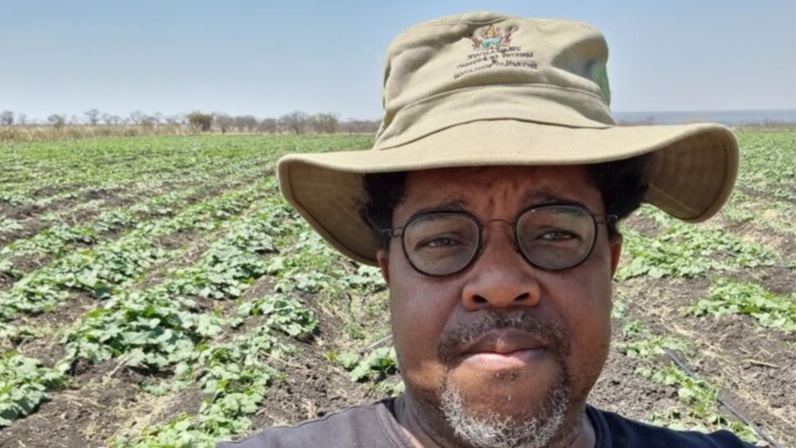 BY SILAS NKALA
BULAWAYO businessman and National University of Science and Technology (Nust) lecturer Dumisani Madzivanyati has been evicted from the hotly contested Kershelmar Farm in Umguza, Matabeleland North.

His eviction from the farm, commonly referred to as Esidakeni, follows a recent High Court order to that effect notwithstanding an appeal he lodged at the Supreme Court.

Madzivanyati has been embroiled in a legal battle for the farm with Siphosami Malunga, the son of the late nationalist Sydney Malunga.

Malunga’s co-partners are Zephaniah Dhlamini and Charles Moyo. The trio are co-directors of Kershelmar Farms.

Bulawayo High Court judge Justice Evangelista Kabasa yesterday sealed the order of eviction of Madzivanyati and “all those who claim occupation of Esidakeni Farm”.

“The evictions were done yesterday (Tuesday) following a High Court order that says Madzivanyati and those claiming occupation under him should move out within 24 hours after the order but what happened is that they remained in occupation,”Malunga’s lawyer Josphat Tshuma said yesterday.

“They had appealed against the High Court judgment and the applicants made an application for eviction. They (respondents) then purported to appeal and the order was done that they should be evicted notwithstanding any appeal, but they still remained in occupation of the farm.”

On October 28, Justice Kabasa ruled that Madzivanyati should be evicted as per a judgment passed by the court on October 7 this year.

Madzivanyati asserts that he was offered 50 hectares of Esidakeni Farm through an offer letter after the land was gazetted for acquisition.

The applicants filed an application seeking nullification of the acquisition and subsequent offer letters granted to Madzivanyati and other beneficiaries.

In court papers, Malunga, Dhlamini and Moyo have singled out Central Intelligence Organisation deputy director-general Gatsha Mazithulela, a former Nust pro-vice chancellor, and Matabeleland North Provincial Affairs minister Richard Moyo as being behind the push to grab their farm.

In their opposing court papers, Moyo and Mazithulela argued that the farm was illegally acquired by the trio.