Source: Why people fall prey to land barons | Herald (Opinion) Leroy Dzenga Features Writer “I might as well die without a house,” these words betrayed defeat as Gogo Sheila Muzanenhamo spoke. At 67, her hopes of owning a house remain a distant wish. Seeing her productive years pass, Gogo Muzanenhamo of Highfield, Harare, watches […] 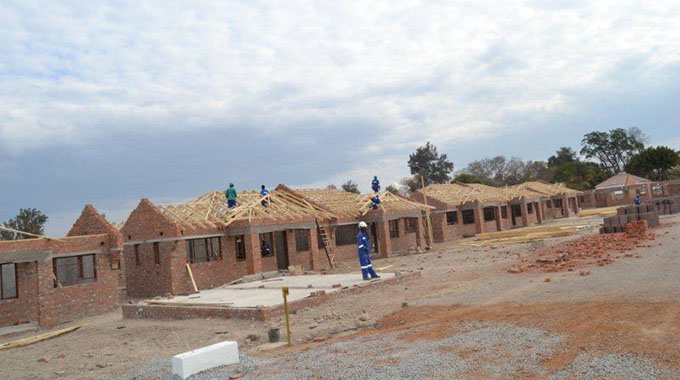 “I might as well die without a house,” these words betrayed defeat as Gogo Sheila Muzanenhamo spoke.

At 67, her hopes of owning a house remain a distant wish.

Seeing her productive years pass, Gogo Muzanenhamo of Highfield, Harare, watches in pain as her adherence to pro­cedure is proving to be an inconvenience.

All she wanted was her own house to retire in, but she has become a fixture on the City of Harare housing waiting list.

A child born when she joined the hous­ing waiting list is now in Grade Three.

The surge in land barons has resulted in City of Harare repeatedly urging people to buy land through them.

These kinds of notices often give peo­ple false hope as was the case with Gogo Muzanenhamo.

The lip service is what launched her on a path of disappointment.

“In 2012, I reflected and saw that I am not getting any younger. I then decided to look for a place I could call mine and quietly retire at.”

After hearing horror stories of others who have been duped by unscrupulous land barons, Gogo Muzanenhamo wanted to follow official channels, a decision whose wisdom she is yet to benefit from.

“I joined the City of Harare housing waiting list and over the years there has not been any movement,” she said, hinting on the origins of her protracted headache.

By design, housing waiting lists lapse after a year so one has to pay a renewal fee annually.

“Over the years, we were paying $5 per year, we were called recently to be told we will be paying $150 after every six months,” said Gogo Muzanenhamo.

Her wait has not been marked by per­petual silence. In 2018 they were given a glimmer of hope.

“We were at some point called to the council offices to choose neighbourhoods we preferred. We were shown Tafara, Kuwadzana and Glen Norah and made our picks, but up to now nothing has been said,” Gogo Muzanenhamo said with a wry smile.

“I am still staying at my parents’ house despite my age. I am worried that when the stands are finally availed, I will not be able to work.”

Mbuya Muzanenhamo has been relent­less in her pursuit and continues to engage council hoping for good news.

Her fear is that when her time finally comes, her children will be left to battle family disputes over a property eyed by many.

There are 1,4 million Zimbabweans des­perately in need of housing.

Harare on its own has around 130 000 aspiring home owners.

Although the city’s housing department could not respond to The Herald within the expected time, there have been public admissions by the top brass at Town House that there is a housing crisis.

“The city is deeply passionate about resolving the housing backlog. We are hoping to develop a new housing delivery model once we conclude the consultations for the Human Settlements Policy.

“About 1 500 stands were allocated to applicants on the housing waiting list as at August 2019, but this is not enough considering the magnitude of the deficit,” Gomba said.

The problem is spread across the country.

In Masvingo, there is a similar headache as the waiting list continues to swell.

Masvingo City Council has a growing backlog which is now worrying residents and management alike.

“Our official waiting list, which is the number of people who are currently reg­istered on our waiting list (first time and renewals) is 3 872 as at 31 December 2019.

“However, for planning purposes, which includes those who have not renewed but have not yet been allocated stands over the years, the number hovers around 12 000,” Masvingo City Council Housing Director Levison Nzvura told The Herald.

Unlike in other cities, Masvingo has a clear strategy on the elderly on their wait­ing list.

“We prioritise those on the waiting list and those going on retirement and other disadvantaged members of the community (like those living with disabilities). Coun­cil prioritises them for as long as they can afford to pay for the land and services,” Nzvura said.

Masvingo City Council has a deliberate plan to provide for those officially on their housing list in the long term.

Challenges cited by councils as the main impediments in their provision of housing include the high cost of servicing, councils not having enough resources to service land on their own, inadequate land for housing expansion and limited revenue generation to finance on-sight infrastructure.

Smaller towns have not been spared as some appear to be in a deeper crisis.

Chitungwiza says they have since run out of land to give out to aspiring homeowners.

“We had a huge backlog on the wait­ing list. However, we ran out of land since Chitungwiza is very small, geographically measuring 42 square kilometres,” Chitung­wiza Municipality spokesperson Lovemore Meya said.

Home seekers have to wait for the unfor­tunate to get a thin chance.

“The only stands that could be available is when we do repossess from those who could have failed to develop,” Meya said.

The town intends to write to the Govern­ment to get more land so they can refocus on their housing provision function.

“Our long-term plan is to apply for more land from the Government for urban expansion,” Meya said.

Curiously, despite land having run out, councillors in Chitungwiza are still per­forming miracles.

They are finding land to sell and dish out, in a classic case of making a dollar out of 15 cents, albeit illegally.

Such stories have become common in urban councils as residents on the waiting list are told there is no land, yet land barons hold large tracts.

Town planners believe it will be impossi­ble for there to be movement on the housing backlog unless there is a radical shift in approach.

Town planner Terrence Machisa believes a paradigm shift in building approaches is central to any solution.

“Like what most countries that have a housing deficit are doing, we could expand horizontally rather than vertically. Multiple storey buildings can house more than one family as is the case now, that way we can clear the housing list faster and use less ground,” said Machisa.

There are some in peripheral areas around Harare who may not be on the wait­ing list, but are not better off than those who are waiting in seeming perpetuity.

People in areas like Eastview, Amster­dam, Granary and similar sprouting sub­urbs have built beautiful houses on dubi­ously serviced land, as a result they do not have amenities.

“This can be tackled by issuing out stands that are fully serviced in terms of water and sewer infrastructure. This can be costly to the home-seekers, but it will help reduce suburbs that end up not having these ser­vices,” said Machisa.

Among the problems causing the slow movement in housing provision was the lack of political will in previous years.

It appears the Government is making concerted and targeted efforts.

Seeing the desperate need to answer the housing question, the Government set up the Ministry of Housing and Social Amenities.

The construction industry expert put in charge of the Ministry, Daniel Garwe now has a full appreciation of the scale of the problem.

In an interview, Minister Garwe said his major task was to provide as much affordable housing as possible in the next decade.

“Our key mandate is to provide afforda­ble and sustainable housing with all the requisite amenities,” Minister Garwe said.

He is however, not undermining the mammoth task that lies ahead of him.

“We have been looking at what needs to be done, there is a lot. The effective demand of houses is at 1,3 million and we believe we can reduce the numbers significantly.

“We are targeting to be building 30 000 housing units a year, meaning we must have built 300 000 houses in a decade,” said Minister Garwe.

It however, will not be business as usual as Government is taking heed of expert opinion this time around.

“We will not be building horizontally; land is a finite resource. Therefore, we will be building flats through densification which will see more families being housed in smaller pieces of land,” said Minister Garwe.

Those living in questionable conditions in new settlements remain in Government’s plans as they are engaging private financiers to build roads, sewer reticulation systems and basic services for them at a cost.

A housing backlog is not unique to Zim­babwe, neighbouring South Africa has a similarly acute crisis.

The country is in need of 2,3 million houses and the demand grows by 78 000 annually.

The difference is South Africa sees a slow but progressive roll-out while housing lists in Zimbabwe remain stagnant.

Curious is the fact that land is being acquired from councils, just outside the confines of the rules.

As a result, law-abiding home-seekers like Gogo Muzanenhamo may not live to own properties.

People should not be surprised when Zimbabweans end up falling prey to land barons because the official channels seem to have failed them.

All they have are promises of change as the list grows with each passing day.