Source: Xenophobia: A precursor to future riots in South Africa – NewsDay Zimbabwe September 14, 2019 Develop me: Tapiwa Gomo SOUTH AFRICA has been rocked by various forms of violence over the past weeks. Attempts by the authorities to give gender-based violence more prominence over the rising wave of xenophobic attacks was not successful. Violence […]

The post Xenophobia: A precursor to future riots in South Africa appeared first on Zimbabwe Situation. 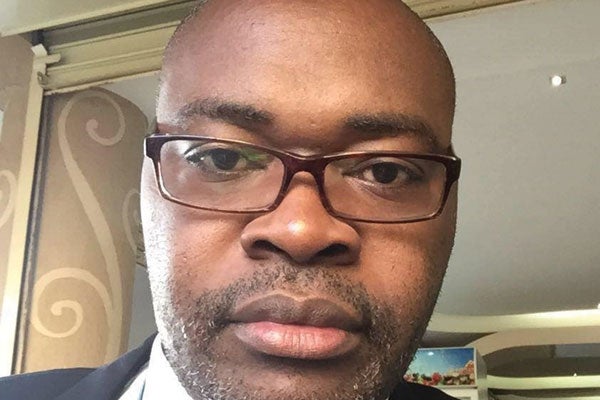 SOUTH AFRICA has been rocked by various forms of violence over the past weeks. Attempts by the authorities to give gender-based violence more prominence over the rising wave of xenophobic attacks was not successful. Violence remains inherent and serious measures by the authorities are required to deal with its various forms. For those who can afford, they have more faith in private security companies than the national security authorities. And that is not good for South Africa.

Horrifying pictures of swarms of crowds clashing, people killed and injured as well as the South African-owned buildings in flames were shared on various media sites. The justification for those attacks on foreigners was conspicuous and mundane. Foreigners are taking every opportunity that belongs to them including selling drugs to their children, South Africans could be heard putting across those arguments.

In their problem analysis, flawed as it may, violence against foreigners was the only solution. We cannot deny that illegal immigration is a problem everywhere in the world, but killing people is immoral, a violation of sanctity of life and human rights, no matter the justification.

This was not the first time such waves of violence have erupted in South Africa with the 2008 and 2015 attacks still fresh in people’s minds. The response by the authorities on the current attacks has been slower compared to 2008 and 2015 and showed that lessons were not learnt from the past.

This has fed into the suggestion that either some in the ruling party are for the attacks or violence was simply overwhelming the authorities. Others are suggesting that former President Thabo Mbeki was more firm and decisive in dealing with matters of this nature in 2008 than President Cyril Ramaphosa’s approach to the current situation.

Similarly, in 2008, a series of similar riots left 62 people dead, 21 of them South Africans. The buildings that were set on fire are South African and are a source of income for South Africans whether rented by foreigners or not. The retaliation by other African countries on South African embassies and businesses was also destructive and should be condemned. However, the sum total of all this was a huge loss to the South African economy. It does not end there.

Despite that, this approach of dealing with immigration in South Africa has been used several times, there is so far, no evidence that xenophobic attacks are effective in addressing the cited problems. Unemployment has not gone down, the economy has not improved and drug abuse among youths continues to rise and these combined with others will soon become a source of instability.

These are real problems that require real solutions than blame them on foreigners. The fulcrum that holds the South African economy together is fast yielding to exhaustion, age and pressure of growing demands and it needs an urgent review in order to reinvigorate the economy.

Alongside these, the second problem is that it must be admitted that the remnants of the apartheid system remain, which have kept black South Africans marginalised from the economy and that needs to be addressed.

The South African economy is largely owned by people of foreign origin, who have historically favoured foreign labour for their skills, safety and security.
The education system, mainly the primary and high school, has been the biggest let down as it did not focus on equipping and empowering black South African with the skills and knowledge needed to take over the reins of the economy. That too, is the responsibility of the government.

The third problem arising from folding hands and with the authorities pretending to be overwhelmed is that perpetuating violence will simply make South Africa a more violent nation. The knock-on effect of such is a new form of isolation where the foreign investors – Africans or non-Africans will flee the country.

Crime is already a source of apprehension. In addition, the space for South African investments in Africa and other continents may soon shrink, reversing the inroads the country has made over the past two-and-a-half decades. Unless there is dialogue between and among African leaders over the handling of these issues, there is no doubt that the anguish shown by South Africa’s major African trading partners may result in the reduction of trade, and again it is the economy and the ordinary South Africans that suffer.

The fourth problem was sounded by Nicky Openheimer, one of the richest South Africans. He warned Ramaphosa that the current economic problems would trigger uncontrollable riots among South Africans. He offered to sit down with the authorities to chart a new way forward, without which he threatened to consider leaving South Africa for a safer place.

The current wave of xenophobic attacks looks like a precursor to Openheimer’s warning. The unhappy South Africans might be using the current wave of violence to test their authorities’ ability to restrain them should they decide to go on full throttle economic riots.

The argument then would simply be that precedence had allowed them to attack black Africans why can the government not allow them to attack non-Africans, mainly those who own the means of production?

 Tapiwa Gomo writes in his own capacity

The post Xenophobia: A precursor to future riots in South Africa appeared first on Zimbabwe Situation.