Source: Zanu-PF remains party of choice, says report | Herald (Top Stories) Tendai Mugabe recently in GOROMONZI People-centred policies have ensured that Zanu-PF remains the only formidable political party that serves the people’s interests, according to its Central Committee report. As one of the oldest parties in SADC and Africa at large, ZANU-PF has transformed […] 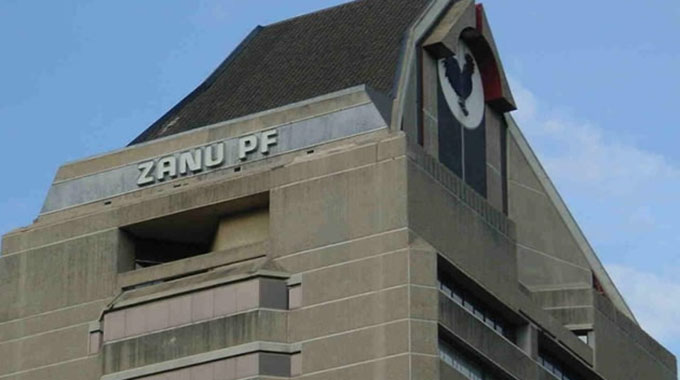 Tendai Mugabe recently in GOROMONZI
People-centred policies have ensured that Zanu-PF remains the only formidable political party that serves the people’s interests, according to its Central Committee report.

As one of the oldest parties in SADC and Africa at large, ZANU-PF has transformed into an enduring movement cutting across all generations, but always mindful of the needs of citizens.

Zanu-PF national political commissar Cde Victor Matemadanda said this in the Central Committee report that was presented to the 18th Annual National People’s Conference at the weekend.

He said Zanu-PF’s support base was swelling as people continued to invest their trust in its pro-people policies.

“Zanu-PF is people-centred and has a history of commitment to tackling poverty, promoting inclusive, broad based socio economic development. The party is committed to upholding and defending the sovereignty of Zimbabwe and stands ready to fight all forms of external interference into the affairs of the country,” he said.

“The party remains mindful of the fact that there are internal forces that threaten to reverse the gains of the liberation struggle and indeed, the policies and vision of the new dispensation, nevertheless the party has the capacity to repulse such manoeuvres.

“The party is gradually gaining ground and taking a lead in shaping the new strategic direction guided by Vision 2030 and the need to create unity of purpose, ideological correctness and discipline.”

Cde Matemadanda said Zanu-PF was capable of getting even bigger and remaining in power beyond 2023. He said a Zanu-PF Government in 2023 was the only force that could end the country’s isolation and lack of sustainable development.

Zanu-PF, Cde Matemadanda said, had navigated the social media terrain in face of a sustained onslaught by merchants of illegal regime change.

On the economic front, the Zanu-PF Youth League said it was fully behind the attainment of targets set in Vision 2030.

To this end, the wing’s secretary Cde Pupurai Togarepi said: “The Youth League implores the Government to descend heavily on monopolies and cartels that have contributed to unjustified price increases of basic goods and services, the process weakening the purchasing power of the poor and the vulnerable Zimbabweans.

“In its quest to empower the youths through the allocation of land and empowerment programmes and the disadvantaged youths, the league embarked on a programme dubbed 10 hectare plot per district programme and sustainable livelihoods projects for the youths in agriculture. The programme was launched in Mashonaland East Province at Mutawatawa Business Centre.”

The Women’s League is not lagging behind as it is also championing programmes aimed at transforming the lives of the people.

“The Women’s League is committed to the ideals of the party and wishes to reaffirm its unequivocal support for the leadership of His Excellency Cde Dr Emmerson Dambudzo Mnangagwa, and to remove the illegal economic sanctions imposed on Zimbabwe as they are adversely affecting the livelihoods of the Zimbabwean populace especially the vulnerable such as women, children and the disabled,” said the Women’s League secretary Cde Mabel Chinomona.

Submitting their reports in the main Central Committee report for the 18th Annual National People’s Conference, all departments of the party expressed their commitment to work for the people and epitomising the ethos of servant leadership. They are all hopeful that Vision 2030 is a reality.