1.0       Introduction Source: Zimbabwe COVID-19 Lockdown Monitoring Report30 June to 1 July 2020 – Days 93 & 94 – The Zimbabwean This report covers 2 days, Tuesday 30 June which marked day 93 and Wednesday 1 July which marked day 94 of the national lockdown declared by President Emmerson Mnangagwa and has been in […] 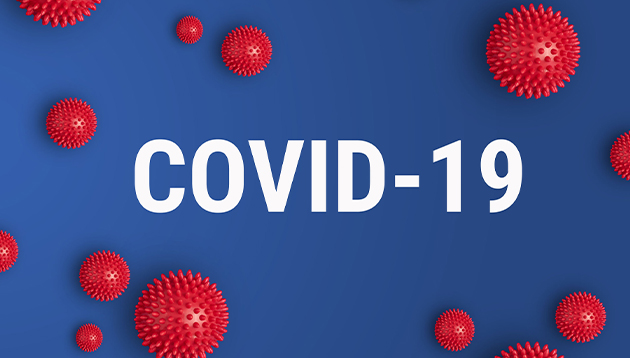 This report covers 2 days, Tuesday 30 June which marked day 93 and Wednesday 1 July which marked day 94 of the national lockdown declared by President Emmerson Mnangagwa and has been in place since 30 March 2020.  Over the last 2 days, the Ministry of Health and Child Care has reported an increase in the number of confirmed cases of COVID-19 to six hundred and five (605). The number of cumulative tests done stood at sixty-eight thousand four hundred (68 400). Of these, sixty-seven thousand seven hundred and ninety-five (67 795) were negative. The number of recoveries increased to one hundred and sixty-six (166) and the death toll remained at seven (7).Of concern is the growing number of local transmissions. From the fourteen (14) new cases documented on day 94, thirteen (13) of the cases were local transmission cases.2.0       Methodology
Information contained in this report is derived from the following Forum Members:
3.0       General Updates
Returnees quarantined at United College of Education Quarantine Centre in Bulawayo staged a demonstration on 29 June over their extended detention. Some of the returnees indicated that they have been in the quarantine centre for more than 21 days. The returnees, mostly from South Africa and Botswana, went on a hunger strike in a bid to force the authorities to release them. At Mushagashe Quarantine Centre in Masvingo, returnees also complained to authorities about their failure to test them on time, exposing them to COVID-19.The Information, Publicity and Broadcasting Services Minister Ms Monica Mutsvangwa advised that the lockdown regulations for the tourism and hospitality sector have been partially relaxed. Addressing a post-cabinet briefing meeting, Senator Mutsvangwa stated that restaurants are now allowed to serve sitting customers within their premises, but using only half their licensed capacity, while safari operations and national parks are allowed to re-open to help boost domestic tourism. However, the tourism and hospitality sector have to put in place measures to ensure adherence to COVID-19 safety measures.It was reported that some headmasters were forced to hire local villagers to assist in invigilating ZIMSEC June ‘O’ and ‘A’ Level examinations after teachers boycotted the process due to lack of proper COVID-19 safety precautions in schools. The Progressive Teachers Union of Zimbabwe (PTUZ) President, Takavafira Zhou said reports indicated that headmasters and the Schools Development Committees (SDC) were recruiting villagers to invigilate students. This seriously compromises the outcome of the results. PTUZ advised that its members did not report for duty to their stations because the World Health Organisation (WHO) COVID-19 requirements were not met by the government. About 80% of the schools did not have temperature checking thermometers and hand sanitisers.Nurses at St Albert’s Mission Hospital, in Mt Darwin, were reportedly threatened by ZANU-PF youths and state agents after notifying the district medical officer Kelvin Mupunga of their intention to stay away from 30 June. Health workers indicated that ZANU-PF youths have been threatening the nurses to abort their planned strike action. Health workers indicate that they are being intimidated through a landline number 0662102423.

In St Mary’s, Chitungwiza, street battles between police officers and vendors were witnessed at Huruyadzo and Chigovanyika Shopping Centres. Vendors were not allowed to operate at the shops and in the streets. Those caught unaware were raided and taken to Makoni police station to pay a fine. However many of them were released after paying bribes ranging between USD2.00 to USD5.00.

Mater Dei Hospital announced that it will be charging US60 for casualty and US3000 for a general ward and then US5000 for ICU for all patients with COVID-19. This was communicated through a Memorandum dated 1 July 2020 which has since gone viral on social media.  These amounts are beyond the reach of ordinary citizens.

Social movement group Tajamuka/Sesijikile has expressed concern over the deteriorating economic situation obtaining in the country and called for nationwide protests. Speaking during a press conference in Harare, Tajamuka/Sesijikile leader Promise Mkwananzi said they are concerned by the despair which has reached desperate levels and they are calling for a nationwide protest on 31 July.

4.0       Summary of violations
The table below summarises human rights violations documented by the Forum Secretariat and Forum Members from 30 March to 1 July 2020.

5.0       Court Update
Masvingo Centre for Research and Community Development (MACRAD) Director Mr Epraim Mutombeni was arrested on Sunday 28 June after subsequent days of being trailed and followed by suspected state security agents driving a Toyota Fortuner without number plates. Mr Epraim Mutombeni was remanded by Masvingo Magistrate’s court on 30 June 2020 to 13 July 2020 after being denied bail. He is being accused of contravening Section 33 (2) (a) of the Criminal Law Codification and Reform Act.6.0       Conclusion
The Forum notes the efforts by the government to reopen some sectors and enable the economy to recover from the COVID-19 pandemic. While economic recovery is indeed crucial the Forum urges the government to ensure strict compliance with COVID-19 safety regulations amidst rising cases of infections.The Forum is concerned about reports of unauthorised individuals being allowed to invigilate national examinations. This is a breach of the process that may have a negative impact and ZIMSEC is encouraged to look into these reports.The Forum remains concerned with the conditions in quarantine centres and urges the government to address the concerns of detainees urgently. The continued detention of returnees regardless of whether they have been confirmed being infected or not is undesirable and may result in more returnees escaping from isolation centres. The Forum wishes to remind the government that while holding returnees in quarantine is necessary, the returnees should not be detained for an unduly long period as such detention may be deemed to be an unreasonable limitation of their right to freedom of movement and residence as enshrined in section 66 of the Constitution.