And they know exactly what they do! Source: Zimbabwe false prophets and govt have blood of innocent congregants on their hands – The Zimbabwean As the Christian world commemorates the gruesome killing of our sinless Lord and Savior Jesus Christ, about two thousands years ago, at the hands of that period’s religious and political leaders […]

The post Zimbabwe false prophets and govt have blood of innocent congregants on their hands  appeared first on Zimbabwe Situation.

And they know exactly what they do!

Source: Zimbabwe false prophets and govt have blood of innocent congregants on their hands – The Zimbabwean 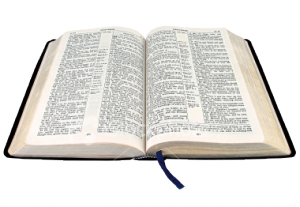 As the Christian world commemorates the gruesome killing of our sinless Lord and Savior Jesus Christ, about two thousands years ago, at the hands of that period’s religious and political leaders – one can not help make parallels of the events of that day, to what today’s false prophets within the church, with the tacit approval of the political leadership, are callously doing to innocent gullible congregants, whose lives have been heartlessly put to an end, through fake prophesies and declarations.

As Christians, we have always been sternly warned of the advent of these false prophets – even by our Lord Jesus Christ Himself – whose only motive would be the love of money and power, yet cold-heardly leading the flock astray, through wanton deception – that has, so heartbreakingly, even led to the deaths of so many amongst the ‘sheep’, who have been lied to over their supposed healing and protection from some of the most lethal diseases.

Who could ever forget the numerous cases of all those HIV/AIDS patients, who were prayed for by these wealth-greedy charlatans, thereby deceptively told that they had been completely healed, and instructed to cease taking their life-prolonging viral suppressing ART medication – only to powerlessly watch their health suddenly swiftly deteriorate, leading to very painful, and needless deaths?

It is always so heart-rending hearing stories of how these men, women, and even children – who had placed all their trust, faith, and hope in what these false prophets had been telling them – had developed resistance to first line ART medication that they had previously been taking, after defaulting at the instructions of their church leaders – thereby, desperately requiring immediate alternative second line treatment, which proved not only unaffordable for their tight pockets, but also not readily available.

It does not need any significant amount of imagination to picture how these people had to just helplessly watch – filled with so much regret for ever-trusting these crooks, whom Jesus aptly described as “wolves in sheep’s clothing”  – as they succumbed to the perils and devastation brought about by HIV/AIDS.

No one deserves such a ruthless and brutal death – especially, brought about by those supposedly anointed to be pastors, prophets, apostles, teachers, and evangelists of Christ Jesus – who, Himself, gave back sight to the blind, the lame walked, lepers were restored, and even the dead raised back to life.

However, Jesus knew very well that such people would come – who would abuse His name for their own selfish gains, with scant regard for anyone else’s life, whether they lived or died – and repeatedly cautioned us to be forever wary of, and vigilant against, such brood of vipers, who serve their true father, Satan the devil, yet pretend to be sons of light.

Today, as the world remembers a similar taking away of an innocent life – that of Jesus Christ by those who were respected as religious leaders of that time – one can not be troubled by the resurgence, especially in my beloved Zimbabwe, of church leaders, seemingly leading their flock to the slaughter, as they assure them that the Novel Coronavirus disease (COVID-19), that is ravaging the entire globe, will never harmed them.

This is the same COVID-19 that has for far infected nearly 2 million, and killed 90,000 globally – however, such cruel church leaders would rather play with the lives of their own followers – giving them, as they did with HIV/AIDS patients, a sense of false security

When I heard this reckless and murderous declaration yesterday, I felt chill going down my spine, as was engulfed by an uneasy sense of déjà vu – with thoughts of those HIV/AIDS deaths flooding my mind.

All I could say was, “Those fake prophets are at it again!”

What we have witnessed with those who were led to their merciless deaths by these so-called prophets, unambiguously proves that they do not serve the same Jesus that true Christians serve – but, rather the one who kills, steals, and destroys…Satan the devil.

Those who genuinely believe in Christ Jesus should learn from these fatal mistakes of those who came before them, and resist the machinations of those who earnestly seek to not only steal their hard-earned monies, but also kill and destroy them.

Yes, indeed, there is protection and healing in the Holy name of Jesus Christ, but one needs to be discerning – with the leading of the Holy Spirit – so that they are not deceived.

Let none of those who believe in Christ Jesus be deceived by these men and women.

As a believer of Christ Jesus, I have never doubted that He has given us such enormous gifts, as He made it abundantly clear that, “Most assuredly, I say, he who believes in Me, the works that I do he will do also; and greater works than these he will do” (John 14:12).

Indeed, Jesus performed the most spectacular of miracles – such as, the blind could see, the lame were made to walk, lepers were completely restored, evil sprits were cast out, and even the dead resurrected.

Nonetheless, our Lord and Savior also warned that not all who claim to possess these great powers in His name are genuine, as He also said, “Many will say to Me in that day, ‘Lord, Lord, have we not prophesied in Your name, cast out demons in Your name, and done many wonders in Your name?’ And then I will declare to them, ‘I never knew you, depart from Me, you who practice lawlessness!’” (Matthew 7:22,23).

Well, just before saying these things, He had implored all those who claimed to be true believers in Jehovah God to be seen by their fruits – as He said, “Even so, every good tree bears good fruit, but a bad tree bears bad fruit…therefore, by their fruits you will know them”.

Earlier on, Jesus had issued a stern warning, “Beware of false prophets, who come to you in sheep’s clothing, but inwardly they are ravenous wolves” (Matthew 7,15).

These are the exactly the same false prophets who are placing lives of the children of God at the mercy of the devil.

They are – as our young ones say today – of the “same WhatsApp group” as those religious leaders, who crucified Jesus, under the pretext that they were serving God – but, maybe the most conspicuous difference being, those who killed Jesus probably honestly did not know what they were doing (as He Himself prayed to the Father saying), yet our own ‘wolves’ today know exactly what they are doing.

The most creepy aspect of what is transpiring today – as compared to what happened when Jesus was being tried and crucified – is that, religious leaders are working in cahoots with the governing political leaders.

How else can anyone explain the apparent unconcern by the authorities over the numerous lives being lost, evidently due to these false prophets’ lies?

Why have any of these so-called ‘men of God’ not been brought to book for their murderous activities? Could these action not be characterized as ‘culpable homicide’, or even ‘muder’ – as these false prophets know exactly that what they are saying is not true, and could lead to death?

Would the same apathetic response be shown if, for example, I were to prescribe a dubious unproven concoction to someone critically it – thereby, leading to their death? Would those in power simply look aside? I think not.

So, what is so special about these church leaders, who have the blood of so many of their congregants on their hands? Why are they being allowed to roam around scot-free?

Maybe, the answer lies in that, those in power in Zimbabwe desperately need these same charlatans to galvanize their followers for political support. In other words, those in government, would rather innocent lives were sacrificed at the altar of political expedience.

Similar to the biblical Pontius Pilate – who was more concerned about his position of power – that he was willing to let a man, he clearly saw as innocent, be nailed on the cross – and in the process, setting free a proven known criminal, Barabbas.

Such is the evil manner and cold-blooded nature of both these false prophets, and their political accomplices – such that, it is now left to all those who call themselves Christians, to be wary, vigilant, and stand strongly against these evil machinations of those who are driven by the lust for power and wealth.

The post Zimbabwe false prophets and govt have blood of innocent congregants on their hands  appeared first on Zimbabwe Situation.