Source: Zimbabwe gets stadia lifeline – NewsDay Zimbabwe ZIMBABWE could get another window of opportunity to fix its condemned stadia to meet international standards after Fifa on Saturday confirmed that all national team matches that were scheduled to be played between June 1 and 9 be postponed indefinitely because of the coronavirus outbreak BY HENRY […] 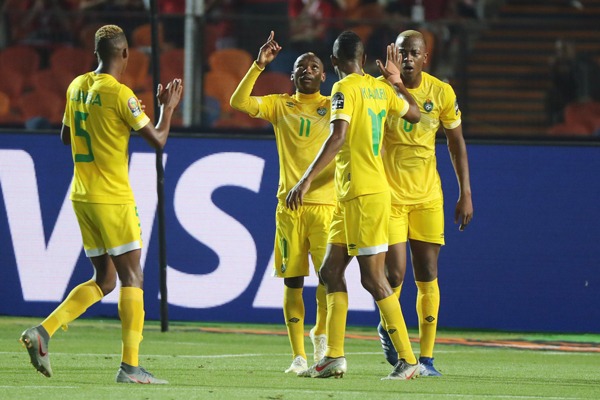 Caf had given Zimbabwe until June 15 to upgrade the stadiums to the expected standards so that if the coronavirus is contained, they can host their matches in the country.
But with the pandemic showing no signs of abetting anytime soon, there are fears that no international matches would be played at all this year.

Zimbabwe were scheduled to travel to Botswana for a 2021 Africa Cup of Nations (Afcon) Group H qualifier between June 1 and 9, but that match has been shelved.

This follows the cancellation of the back-to-back qualifiers against Algeria last month also being put on hold by the Confederation of African Football (Caf).

The home match against the African champions had been set for a neutral venue in South Africa after Caf had condemned all local stadia from hosting international matches.

However, it is the home match against Zambia in the same qualifiers set for the first week of September that is giving Zifa huge headaches.

If the country’s international stadia, the National Sports Stadium in Harare, Barbourfields in Bulawayo and Zvishavane’s Mandava Stadium are not spruced up to meet the recommended levels in time, this match against Chipolopolo would be played at a neutral venue outside the country.

Work had already started on the National Sports Stadium and Barbourfields but the renovations had to be stopped after government announced a lockdown to curb the spread of the coronavirus. The first phase of the lockdown ended yesterday and was extended to May 3.

Gwesela said Zifa has since written to Caf to request them to delay their inspection visit to Zimbabwe since work on the stadiums had been disrupted by the virus outbreak.

“We highlighted that to them in response to their stadium reports. The association also advised Caf of the enormity of the task of refurbishing our facilities during the COVID-19 epidemic.

Unfortunately, stadium renovations may not fit the criteria of essential services waived in the Public Health (lockdown) order to continue operations during the lockdown,” Zifa said.

Caf is yet to respond to Zifa’s request although it is likely that the continental football governing body would soften its stance on Zimbabwe.

Zifa will be hoping that the coronavirus spread will be contained soon so that work on refurbishing the local stadia will resume before September when Zambia is expected to arrive for the critical qualifier.

After an uninspiring goalless draw in their group opening match against Botswana, the Khama Billiat-inspired Warriors brought life back to their campaign with a valiant 2-1 win away to Zambia.

With the possibility of further disruptions to the 2021 Afcon qualifying programme‚ Caf might be forced to postpone the actual tournament‚ which was set for January and February next year in Cameroon.

The Warriors are also scheduled to start their 2022 World Cup qualifiers later this year, although the matches are also in danger of postponement due to coronavirus.

There is also a looming danger of Zimbabwe playing home matches on foreign land after a Fifa inspection team condemned the National Sports Stadium and Barbourfields, two facilities that Zifa had selected as potential venues for the matches.

The world football governing body in March sent its assessors led by South African soccer legend Mark Fish to check if the two stadia were suitable for international matches, but the inspectors indicated that the facilities were below the required standards.

They gave Zifa a report on the areas that need to be refurbished, and will return again later this year for another assessment.

Zimbabwe are in Group G for the Qatar 2022 World Cup qualifiers together with South Africa, Ghana and Ethiopia.

This campaign has been tentatively set to start between October 3 and 5. Matchday two fixtures will be played in November, while the rest of the matches are set for next year.