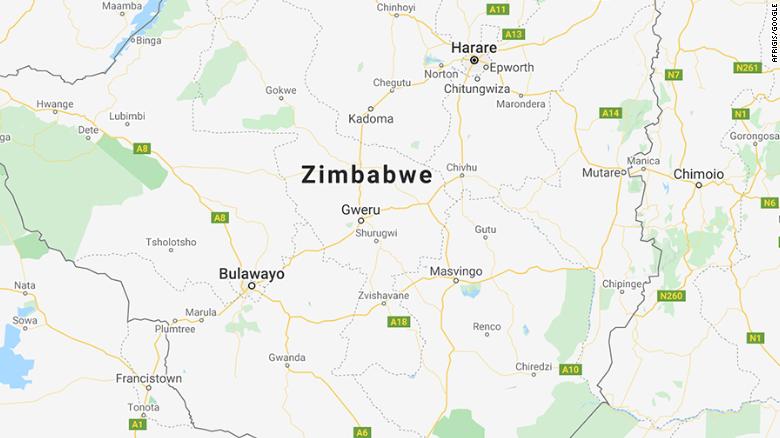 Gweru in Midland Province in Zimbabwe.

In a court affidavit, police said Zhang Xuen shot an employee five times and wounded another at the mine he runs in Gweru province, in central Zimbabwe, during a row with workers over outstanding pay.
Zhang has been charged with attempted murder, said Zimbabwe police spokesman Paul Nyathi.
According to local media reports, Zhang did not enter a plea because there was no approved interpreter in court. He will remain in custody until at least July 7, the report said.
The shooting happened on Sunday morning, when miner Kenneth Tachiona confronted Zhang after he allegedly refused to pay his wages in US dollars, as agreed, according to the affidavit.
Tachiona charged toward Zhang, who then drew his gun, shooting the worker three times on his right thigh and twice on the left, according to the affidavit.
Police said Zhang fired another shot at workers, and one of the bullets grazed the chin of a member of staff. The wounded workers are being treated at a private hospital.
A video that many alleged to be of the incident has circulated on social media in Zimbabwe, provoking public anger and calls from a local watchdog for a re-evaluation of Chinese mining operations in the country.
The Chinese Embassy in Zimbabwe described the shooting as an isolated incident and said it was in support of an open and transparent probe by local authorities.
“Any possible illegal acts and persons who violate the law should not be shielded. China and Zimbabwe have a long-standing friendship and cooperation. We call upon all relevant sides to safeguard it jealousy and carefully,” the Chinese Embassy said in a statement on Twitter.
The Chinese Foreign Ministry told CNN: “Overall, Chinese companies in Zimbabwe have operated their businesses in accordance with local laws and regulations, and made positive contributions to Zimbabwe’s economic and social development.
“We respect Zimbabwe’s handling of the case in accordance with law, but at the same time hope to see Zimbabwe protect the safety as well as legitimate rights and interests of Chinese nationals. There is traditional friendship between the two countries and we believe both sides will be able to properly handle this case.”

China is Zimbabwe’s largest foreign investor with significant interests in the country’s extractive sector.
Last year, Chinese firm Tsignchan signed a $2 billion deal with the Zimbabwean Ministry of Mines to extract chrome, iron ore, nickel and coal, vital resources for China.
At least 10,000 Chinese people are in Zimbabwe, and many are working on in the country’s mining, telecoms, and construction sectors on a contractual basis, according to a 2016 Brookings Institution report.
But their presence in the country has sometimes been controversial.
Both Chinese-run mines in the country and state mining operations have been dogged with allegations of human rights violations and poor safety measures for staff.
In February, a group of local miners in Matabeleland South province petitioned a labor court to protest their firing by their Chinese employer.
Last April, workers at another Chinese mining operation in the province complained of being underpaid and working without protective clothing.
Several cases of Chinese miners refusing to pay salaries or provide their workers with protective clothing, especially during the Covid-19 pandemic, are currently being investigated by ZELA, according to its deputy director Shamiso Mutisi
“It has become a pattern and a system. We have cases where miners are abused, beaten, and discriminated against by Chinese miners,” Mutisi said.
In a statement on Wednesday, ZELA said locals in some Chinese-owned mines often operate “dangerous, harsh, and life-threatening” conditions, while being paid poorly for their time.
Sunday’s shooting is another reason for the government to rethink its political and economic engagements with China, the group said.
“In many parts of Africa, including Zimbabwe, Chinese mining investors have exhibited a history of bad safety, health, environmental, labor, and human rights standards,” the statement said.
CNN has contacted China’s Ministry of Foreign Affairs for comment.
The Chinese community in Gweru has distanced itself from the recent incident and promised to pay for injured workers’ medical bills and support their families as they deal with the issue.
The Chinese community said in a statement the incident does not reflect the behavior of its members, and they have engaged the company to compensate the workers.
“We sincerely hope that our friendship and cooperation between the two countries and two peoples will not be sullied by this isolated incident, which does not reflect the behavior of us all as the Chinese community,” the statement read.